DENTON – What a start to a season of high expectations.

For the second week in a row, North Texas got strong efforts from its defense and quarterback Mason Fine to go along with three-touchdown performances from running back DeAndre Torrey and wide receiver Rico Bussey, Jr., to roll to a 58-16 victory over Incarnate Word Saturday at Apogee Stadium. 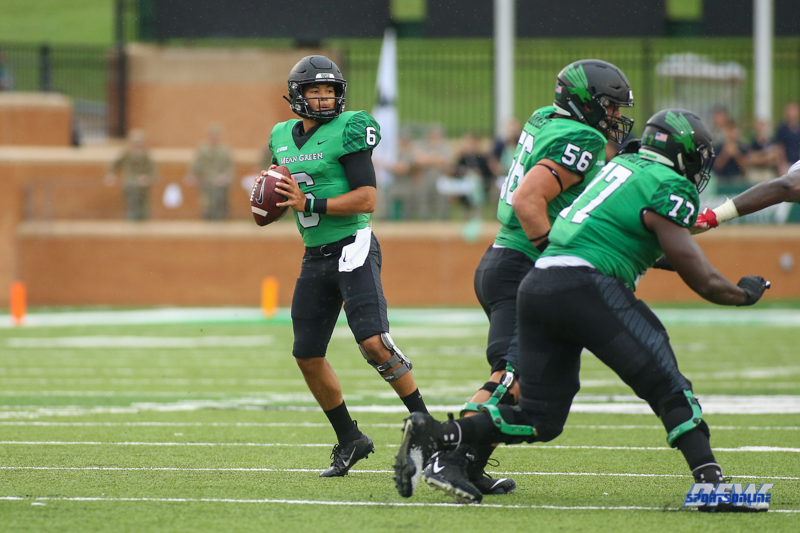 “We still have a lot of work to do,” North Texas coach Seth Littrellsaid. “I was proud of the way our guys competed for four quarters. I felt like in all three phases we were competitive and dominated.

Fine completed 19 of 33 for 281 yards and two touchdowns in the first half to lead North Texas to a 41-6 halftime advantage, on his way the third 400-yard effort of his career and the 10th in program history.

“I think we improved from last week,” said Fine, who finished 25 of 40 for 418 yards and four touchdowns, three of them to Bussey, who had a career-best 128 yards receiving. “We’re moving this program in the right direction.”


Torrey, a sophomore running back from Gautier, Miss., capitalized on all those passing yards with three 1-yard scoring runs in the first half.

“Torrey did a nice job inside the red zone,” Littrell said. “We need to run the ball much better. We’re still not where we need to be.”

The Mean Green have led by 20 or more at intermission of both games this year, and, coupled with the 46 points scored a week ago, has scored 104 points this year – the most points scored in the first two games in UNT history.

The defense, meanwhile, followed its throttling of SMU a week ago by holding UIW to just five first-half first downs while coming up with three first-half takeaways, including defensive back Kemon Hall’s second interception in as many weeks. North Texas held an opponent to under 300 yards for the second week in a row, this time against an opponent that amassed 566 yards total offense in its opener against New Mexico. Linebackers E.J. Ejiya, Brandon Garner and Jamie King led the Mean Green assault, combining for 21 tackles, seven for loss.

The defensive performance was marred only a 55-yard touchdown run by UIW’s Ra’Quanne Dickens, who pulled Cardinals within 10-6 late in the first quarter. That, however, was UIW’s last flirtation with challenging the Mean Green. North Texas out-scored UIW 31-0 in the second period to put the game away.