WACO, Texas — Kansas State coach Bruce Weber said he told his team its Big 12 Conference game against Baylor would play out like a boxing match.
The Wildcats put Baylor on the mat early and then Kansas State had enough punch left at the end to grab an impressive 56-54 victory over the second-ranked Bears on Saturday at the Ferrell Center.
“You’ve got to win that 10th round because usually they win it,” Weber said. “That’s why they have 20 or whatever wins they have. They always seem to win that last round and this time we were able to win the last round and get the win.”
Baylor was the highest-ranked team Kansas State has beaten since the Wildcats knocked off top-ranked Kansas in 1994.
The Wildcats (16-7, 5-5 in the Big 12) held a double-digit lead for more than 20 minutes and led by as many as 18 points in the second half. 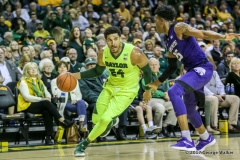 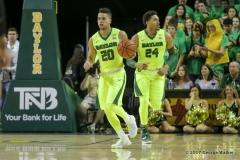 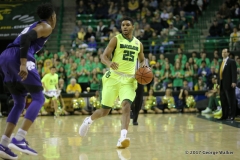 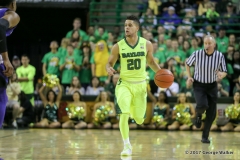 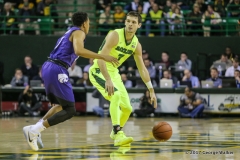 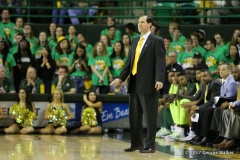 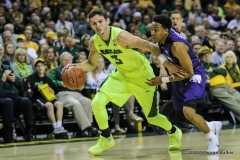 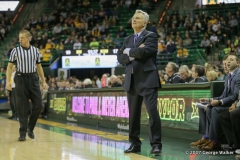 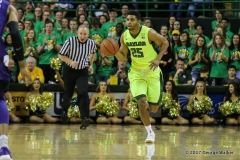 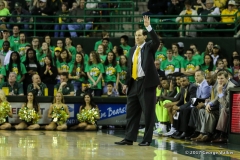 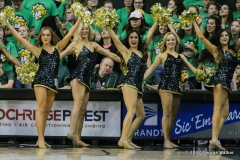 And when Baylor (20-3, 7-3) cut the margin to one in the final minute, Kansas State refused to flinch.
Guard Kamau Stokes scored 15 points to lead Kansas State, forward Dean Wade had 12 and guard Wesley Iwundu finished with 10.
Forward Johnathan Motley led Baylor with 17 points and 14 rebounds, but he was the only Baylor player to reach double figures.
Kansas State held Baylor to a season low in scoring as the Bears shot 38.5 percent from the field.
Like Weber, coach Scott Drew of Baylor went for the boxing analogy in his postgame press conference.
“End of the day, K-State punched us in the mouth and we didn’t respond until the last 10 minutes of the game,” Drew said.
Motley made a dunk in transition and then completed a 3-point play to fuel Baylor’s 11-2 run in the final four minutes.
Leading by two with 1:41 left and one second on the shot clock, Kansas State called a timeout and set up a play for Stokes. Iwundu in bounded to Stokes, who hit a fall-away jumper that lifted Kansas State’s lead back to four.
“I screwed up,” Drew said. “That was a big shot and we knew what play they ran, they ran it against TCU. If there’s any play we could go back, that’s the one I wish we could go back on and redo because I think we had some better options defensively.”
Guard Manu Lecomte hit a 3-pointer with 43 seconds left to cut the Wildcats’ lead to one.
Kansas State forward D.J. Johnson missed two free throws in the final minute that would have extended the Wildcats’ lead to three. But he made up for it by grabbing a rebound on the defensive end and making one of two free throws on his next trip to the line with 10 seconds left.
Baylor had a shot to tie or win it with three seconds left, but Motley missed a short jumper in the lane and forward Ishmail Wainright missed a follow attempt.
Then Motley had another shot with one second left, but Johnson came up with a block to preserve the win.
“We just kept saying, ‘They’re going to Motley,'” Weber said. “Today (Johnson) battles him and made the two big plays that counted down the stretch.”
Kansas State grabbed a seven-point lead midway through the first half when forward Isaiah Maurice hit a jumper to cap a 9-2 run.
The Wildcats controlled the half after that and extended their lead with a 15-0 run that Stokes capped with a 3-pointer. That put Kansas State ahead 37-18 with 4:05 left in the half, those were the Wildcats’ final points before the break.
Forward Nuni Omot made a layup to snap Baylor’s scoreless drought of more than six minutes. But the Bears managed only four points during Kansas State’s dry spell before halftime.
Baylor shot 33 percent from the field in the first half and had 10 turnovers, which Kansas State turned into 12 points.
Stokes scored 11 to lead Kansas State as it took a 37-22 edge to halftime.
Lecomte led Baylor with six points in the first half, as he hit a pair of 3-pointers early in the game. But he sat out the final 3:58 of the half despite having no personal fouls.
“The whole second half, we fought and got stops,” Lecomte said. “We should’ve started that way.”