DALLAS (AP) — Shake Milton made five 3-pointers and had 23 points and six assists to lead SMU past UConn 69-49 on Thursday night for the Mustangs’ 16th straight home win. 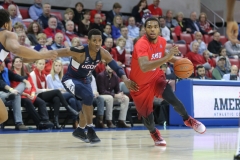 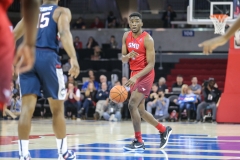 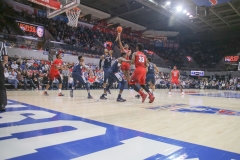 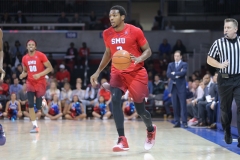 Semi Ojeleye added 17 points for SMU (16-4, 6-1 American) and Ben Moore had 14 points and 13 rebounds. Sterling Brown led the Mustangs with eight assists and they had 22 helpers on 27 made field goals. SMU committed just five turnovers.

Vance Jackson led UConn (7-11, 2-4) with 17 points and Kentan Facey had 13 points and 10 rebounds for his third double-double of the season. The Huskies shot just 34 percent from the floor and turned it over 16 times.

The Mustangs welcome Houston to Moody Coliseum for their next contest on Saturday, Jan. 21. Tip-off is slated for 5:00 p.m. CT and the game will be televised on ESPNU. Fans can listen to the game on SMU’s flagship station, KAAM 770 AM, along with TuneIn Radio. For tickets call 214-768-4263 or purchase online at smumustangs.com/tickets.