DENTON — For the 12th straight year, the Mean Green tennis team gave its senior class a victory in the season’s final home match. 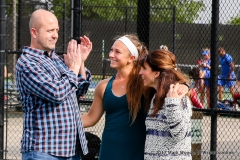 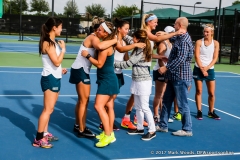 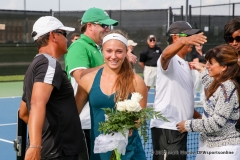 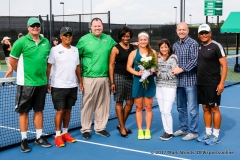 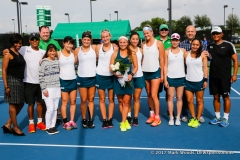 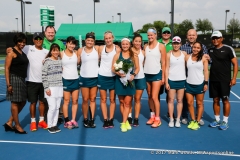 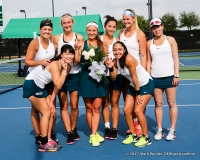 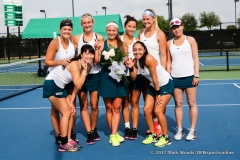 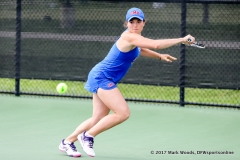 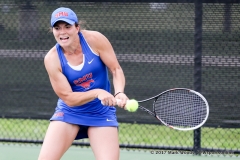 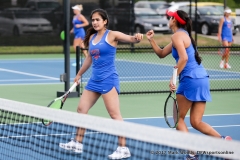 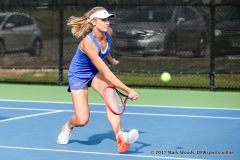 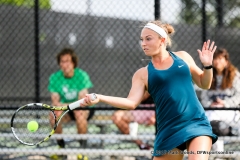 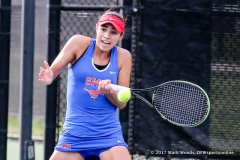 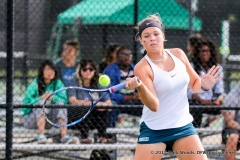 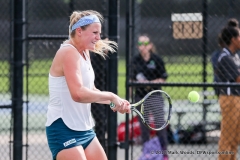 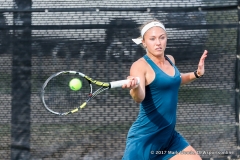 [Show slideshow]
123►
“It started with Alexis leading this team in practice all year long but really the past few weeks,” said head coach Sujay Lama. “And in the beginning of this match she got things going in doubles.”

Prior to Thursday night’s match against the Mustangs, North Texas had played just one match over the past three weeks, using two separate blocks of time off to train and practice. Leading those practices was Thoma.

“I don’t have to do a whole lot,” Lama said laughing when referring to the next week before the conference tournament. “This team is so prepared and ready to go and so well led by Alexis.”

Thursday, Thoma played with a new doubles partner in sophomore Minying Liang. The No. 3 doubles team attacked throughout the match and Thoma constantly put Liang in a position to be aggressive. Thoma and Liang clinched the doubles point for the Mean Green with a 6-2 victory.

In singles, North Texas carried the momentum over from doubles with two quick victories to take a commanding 3-0 lead. Liang captured the first singles victory with a 6-4, 6-0 win at No. 5. Thoma was not too far behind Liang as she defeated Dasha Sharapova at No. 3, 6-4, 6-1.

Freshman Alexandra Heczey clinched the match for the Mean Green with a 6-3, 6-2 win at No. 4. It’s the second match in a row Heczey has clinched.

“(Heczey) is not a freshman to me,” Lama said. “She’s matured and evolved and has become a very intelligent player.”

North Texas won the first five singles matches to take a 6-0 lead before SMU dashed the Mean Green’s hopes of a senior day sweep. But the victory over the Mustangs is just the program’s second ever and has the Mean Green riding high with one week before they host the C-USA Championship.

While Thursday wasn’t technically Thoma’s final match at Waranch, she left her match in tears of joy and happiness. Her leadership in practice the past few weeks and the team’s performance against the Mustangs have the Mean Green feeling good about hosting the tournament starting Thursday next week.

“Her legacy is how she carries herself and this team every single day,” Lama said. “She gives every part of her body, soul and heart. That’s what makes her special and today it showed.”