Blaney won the first stage in a runaway, led 132-of-200 laps and beat runner-up Christopher Bell to the finish line by 2.327 seconds. The victory was Blaney’s first of the season, his first at Texas Motor Speedway and the seventh of his career. 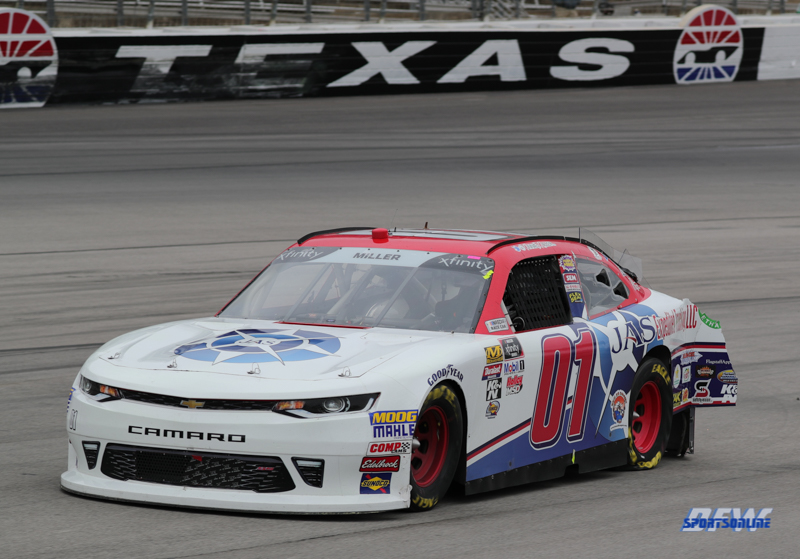 Furthermore, Blaney was the third different driver to pilot the No. 22 Ford to victory in the third of three straight races, following teammates Brad Keselowski at ISM Raceway in Phoenix and Joey Logano at Auto Club Speedway in Fontana, California.


Ten years had passed since three different drivers had won three consecutive races with the same car number. Kyle Busch, Tony Stewart and Denny Hamlin won at Mexico City, Talladega and Richmond in 2008, with Stewart adding another victory in the following event at Darlington.

Blaney definitely felt extra pressure entering the race, thanks to Keselowski and Logano.

“Brad and Joey, they definitely reminded me of that this week,” said Blaney, who has finished in the top three in five of his six Texas starts (and eighth in the other). “They told me that they won in that thing, that it has won two in a row and not to mess it up. That’s what you don’t want to do. They were definitely reminding me of that.

“And it’s in the back of your mind. You never want to be the person that breaks a streak of wins, especially when the car has been so fast. That’s a huge feat to do, win three in a row with three different drivers at pretty much three different race tracks. That is amazing. It’s nice to be a part of. There was that reminder in the back of my head to try to get this one.”

As part of his victory celebration, Blaney gave the checkered flag to a young fan – something that has become a signature aspect of his victories.

“Whenever you can see them up close and personal and see how excited everyone is to be here, it’s just a bonus for us,” Blaney explained. “That makes us feel good. It makes us feel like we put on a really good show. I appreciate them sticking around.

“It was cold today for those watching, and they stayed out there the whole race. It was unbelievable how many kids were in the stands and at the fence and really cheering and pumped up. Hopefully they had a great time. My main thing is trying to make a memory that lasts a lifetime.”