Since 2008, the tournament has raised over $2.1 million to help fund life-changing research for those living with type-1 diabetes. 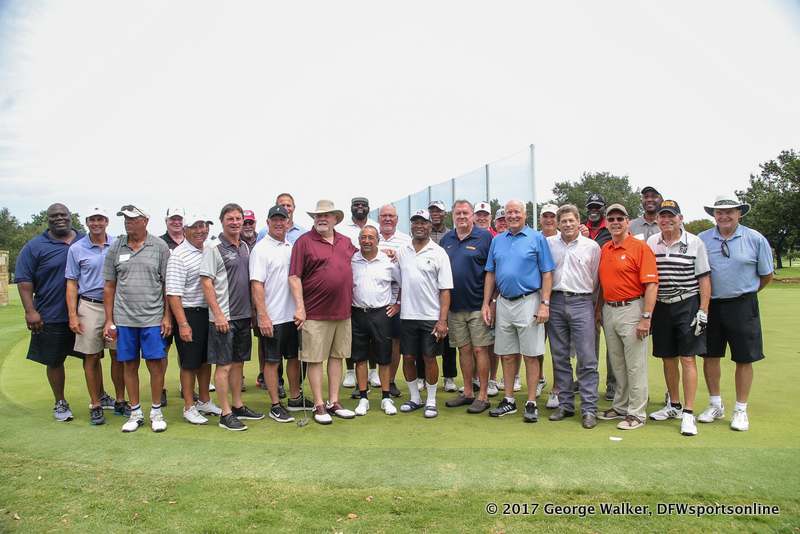 DALLAS, TX - JUNE 19: Celebrities in the field for the Cliff Harris Golf Classic at the Dallas Athletic Club in Dallas, TX (Photo by George Walker/DFWsportsonline)

“Craig is such a good guy and he knows how important this event is and that the money we raise here will be going toward juvenile diabetes research and trying to find a cure for type-1 diabetes,” Harris continued.


Morton was not the only one of Harris’ former teammates on hand to lend their support for his big event.

“This year is the reunion of our Super Bowl XII team and it’s always good to see these guys,” White said. “But this event is for diabetes, something close to Cliff and all of these people show up for such a great cause. Cliff was a great player, great person, very well-respected by everybody, is in the Cowboys Ring of Honor and should be in the Pro Football Hall of Fame.”

Dallas Cowboys wide receivers coach Derek Dooley is a JDRF Dallas Chapter board member and was also on hand to play in the tournament.

“My son was diagnosed with type-1 diabetes two and a half years ago, so it motivated me to get involved in this organization, JDRF,” Dooley said. “That’s where I connected with Cliff, seeing what he’s doing, the whole Cowboys thing. This is my first time to be able to play in this golf tournament and I’m absolutely overwhelmed at the attendance, this is incredible and really it’s a testament to the kind of teammate Cliff Harris was, for all of these guys to continue to come back and support him, it’s really moving.”

The sold out tournament of 285 players took place over the Dallas Athletic Club’s two golf courses, including the Blue Course that was the site of the 1963 PGA Championship won by Jack Nicklaus.

Prior to the shotgun start, Harris took the microphone and thanked everyone in attendance for their support of the event. He handed the microphone to Morton, who gave the “Gentlemen, start your engines!” call and the tournament was underway with the players making their way out onto the courses.

While the tournament was going on, Harris and Morton took to the course to go out and visit with many groups and even give them a little help on the greens as a substitute putter.