DALE EARNHARDT JR. AND CASEY MEARS PLACED ON PROBATION FOR NEXT SIX RACES

NASCAR announced today that it has placed Dale Earnhardt Jr. and Casey Mears on probation for the next six races in the NASCAR Sprint Cup Series, as a result of their on-track incident last Saturday at the conclusion of the race at Phoenix International Raceway. Earnhardt, driver of the No. 88 team and Mears, driver of the No. 07 team, both violated Section 12-4-A (actions detrimental to stock car racing; hitting another competitor’s car after the race had concluded) of the 2009 NASCAR rule book.

The probation takes effect beginning with this weekend’s event at Talladega Superspeedway. 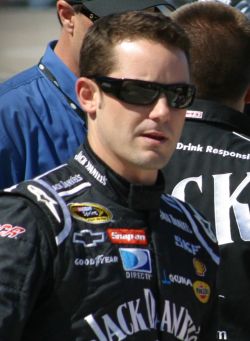