FRISCO, Texas – FC Dallas (1-0-3) remains unbeaten in 2018 thanks to a late goal by Cristian Colman that lifted the home side into a 1-1 tie with the Colorado Rapids (1-1-2) tonight at Toyota Stadium.

Mauro Diaz began the match by earning a free kick for FC Dallas, 30 yards away from goal, in the ninth minute. The lobbed pass played into the area led to the home side’s first corner kick of the evening, but the Colorado defense quickly ushered the ball away from danger. 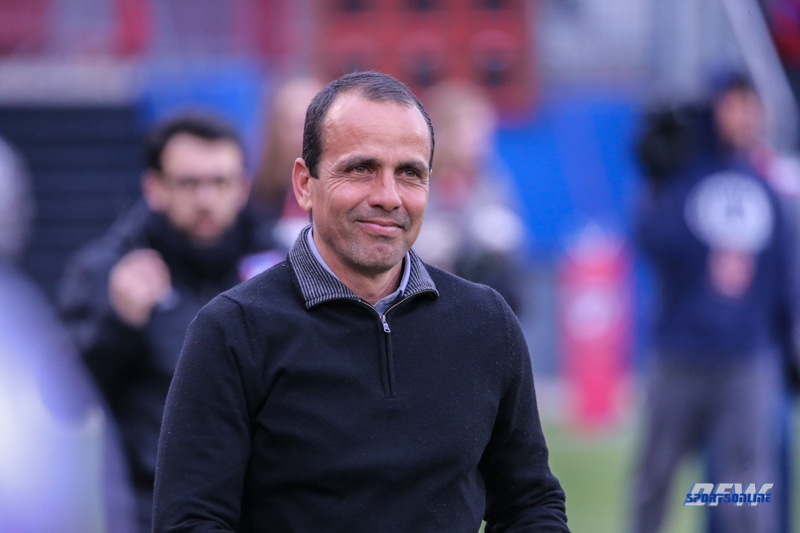 FCD continued to control the ball and attack through the 15th minute of the match. Maxi Urruti and Michael Barrios connected down the right flank in the 19th minute. The opportunity created a chance for Diaz to finish, but FC Dallas’ No. 10 could only get off a bouncing attempt shot directly at Colorado goalkeeper Tim Howard.

Left back Anton Nedyalkov cut into the left side of the area, past Rapids’ defender Deklan Wynne, in the 23rd minute. The defender managed to pop the ball up into the air but Nedyalkov side-vollyed a shot on goal to test Howard for the second time in a span of four minutes.


At the opposite end of the pitch, Colorado’s Dominique Badji came free at the top of the area in the 25th minute. FC Dallas goalkeeper Jimmy Maurer did well to stand his ground and deflected Badji’s shot with a diving save to his left side. The rebound trickled towards goal with Colorado’s Joe Mason in pursuit, but Maurer recovered in time to make a second save, diving back to the goal line to smother the loose ball before it crossed the line.

FC Dallas finished the first half with a 7-2 advantage in shots and a 64-36 edge in possession.

Jacori Hayes earned a free kick for FC Dallas just outside the area to begin the second half. Diaz opted to take the free kick, but the shot did not clear the wall of players standing inside the area.

Colorado took a 1-0 lead in the 62nd minute after a long ball was won by Badji in the Rapid’s attacking third of the field. Badji carried the ball into a two-on-one situation and waited for the lone defender, Reto Ziegler to commit before sliding a pass over to Joe Mason. Colorado’s No. 10 then snuck a shot past Maurer to give the visitors a 1-0 lead.

Maurer made a right-handed save at full stretch to deny Johan Blomberg of a goal in the 74th minute.

Hayes tried to beat Howard from 23 yards out in the 80th minute of the match. Howard knocked down the chance and made a kick-save to clear the rebound away from danger to preserve the one-goal lead. The U.S. international finished the match with four saves.

FC Dallas made it a 1-1 game in the 89th minute when Diaz picked up his head and lobbed a 60-yard pass to the back post. Colman timed his run perfectly and nodded a bouncing shot just inside the back post for his first goal of the year and the third of his MLS career.