New York City FC nearly took a one-goal lead in the 16th minute when Ben Sweat received the ball on the left flank and sent a low cross through the area. Jack Harrison got on the end of the serve, hitting a first-touch shot at the back post, but his attempt skipped just wide of the bar. 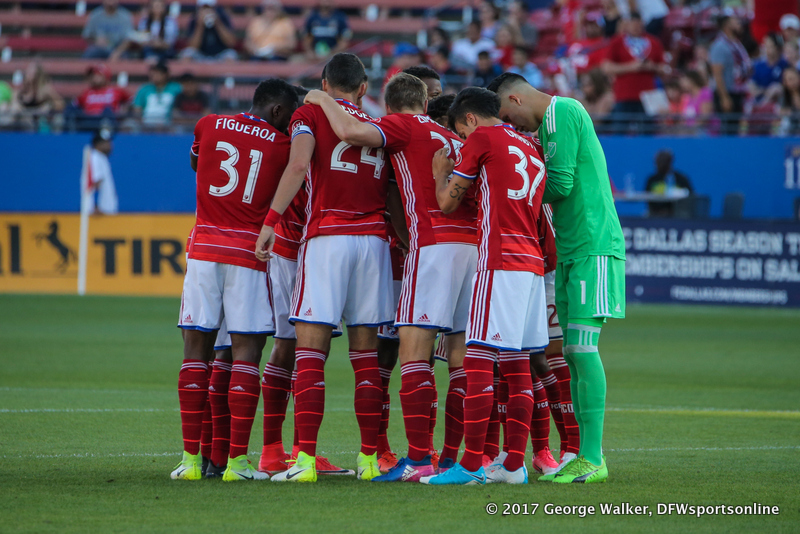 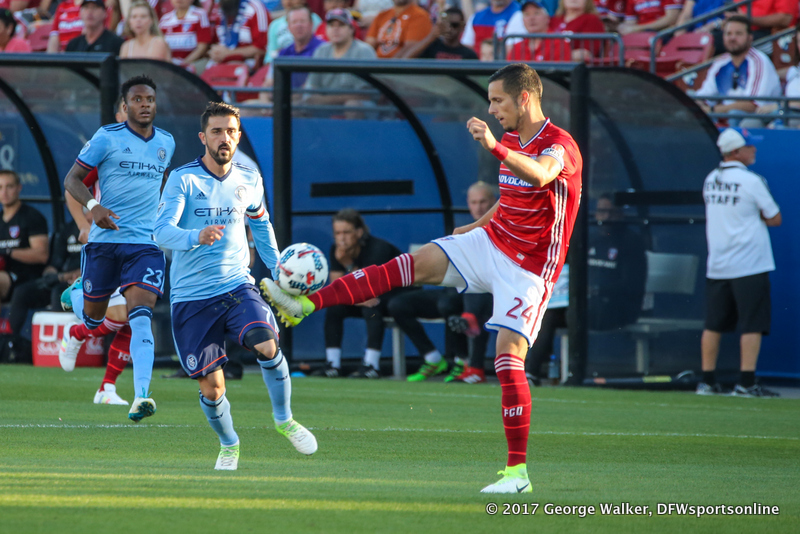 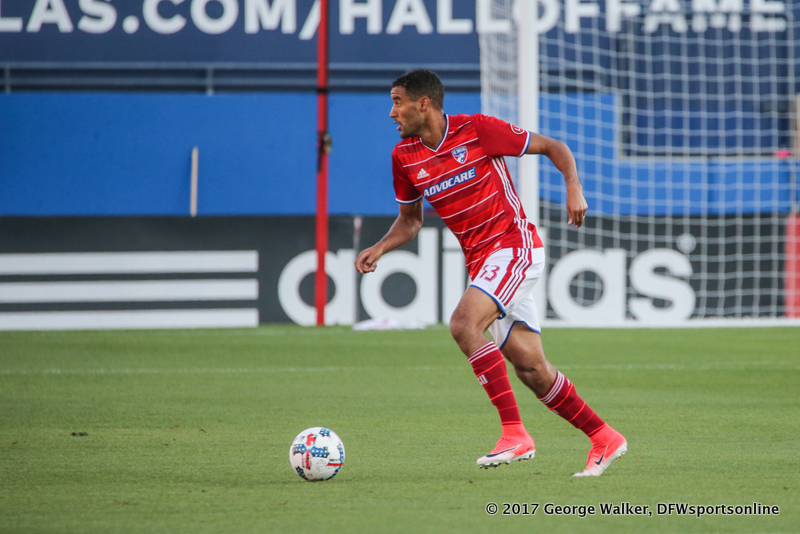 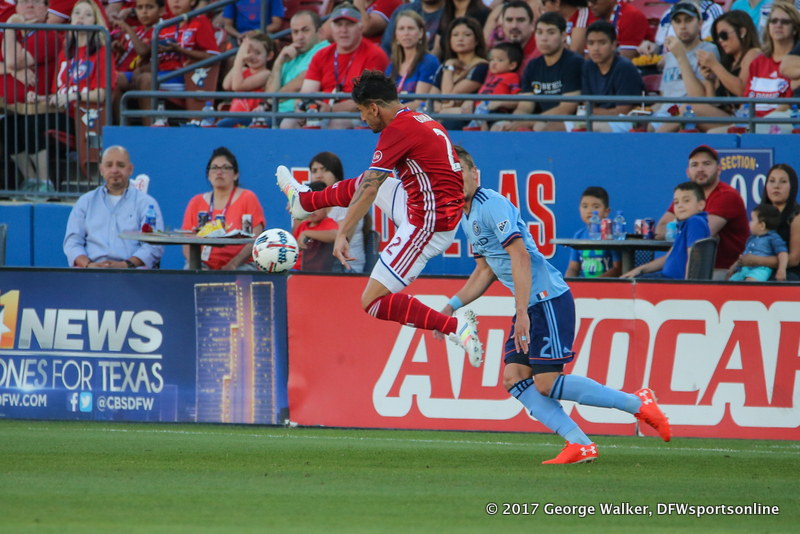 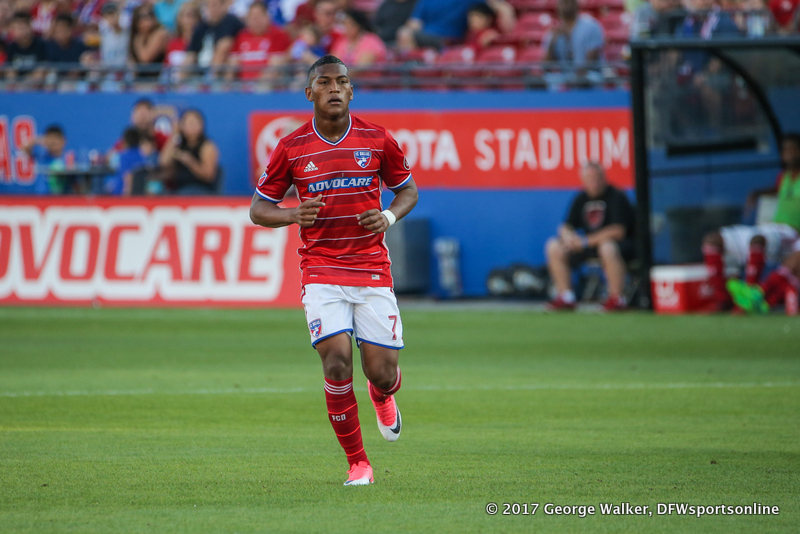 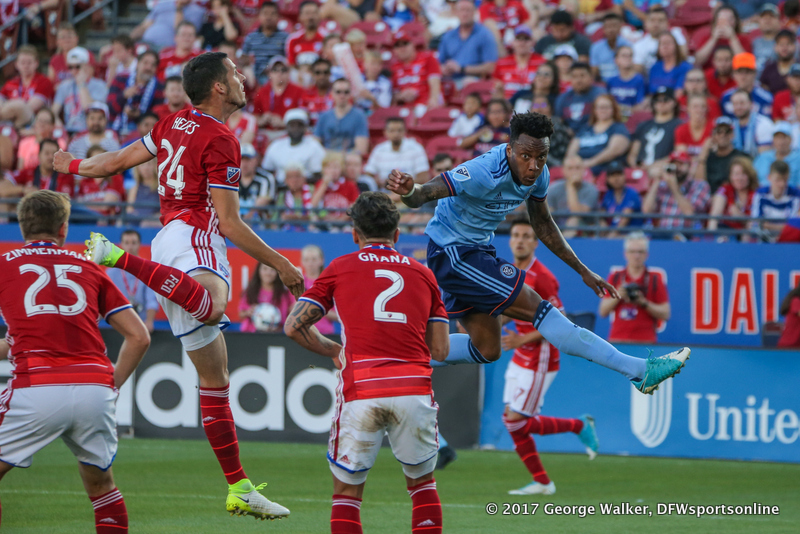 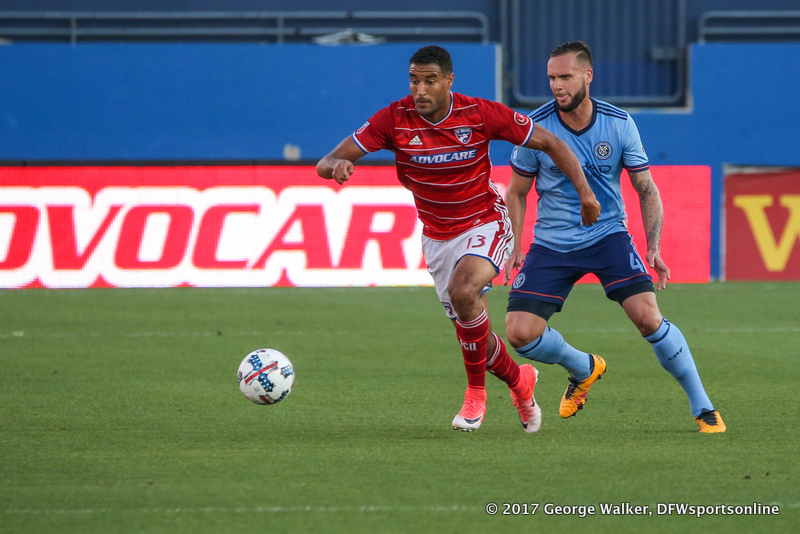 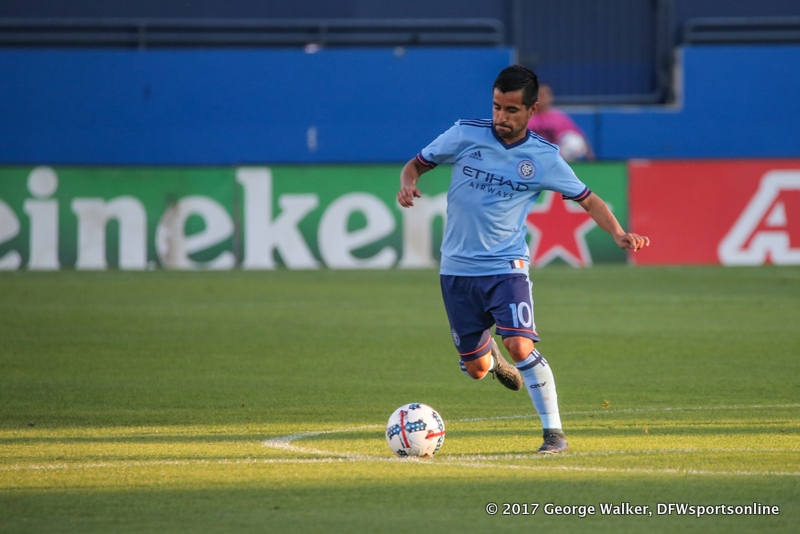 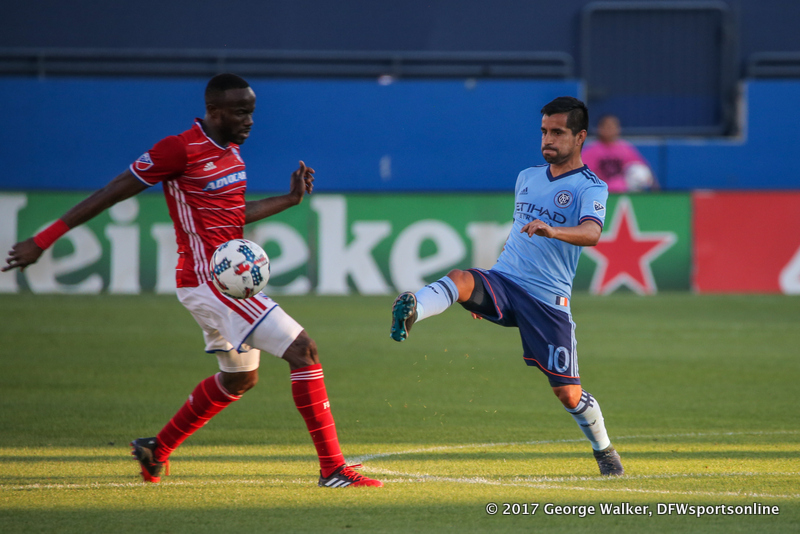 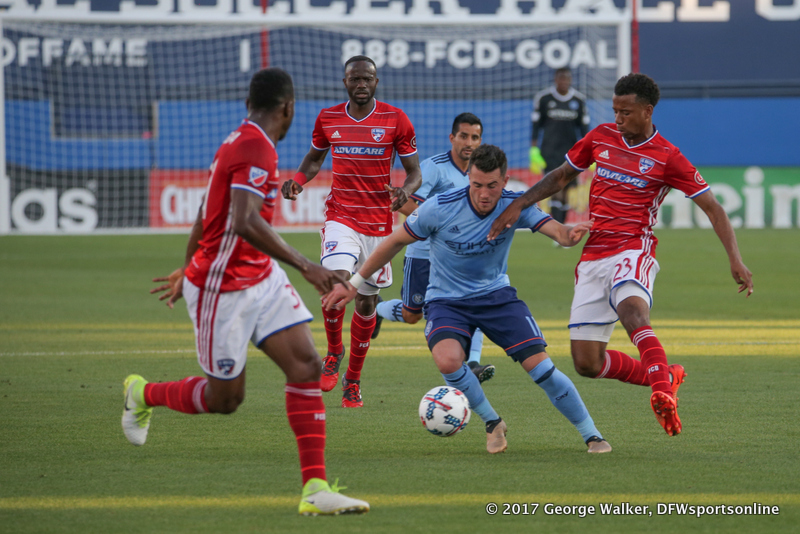 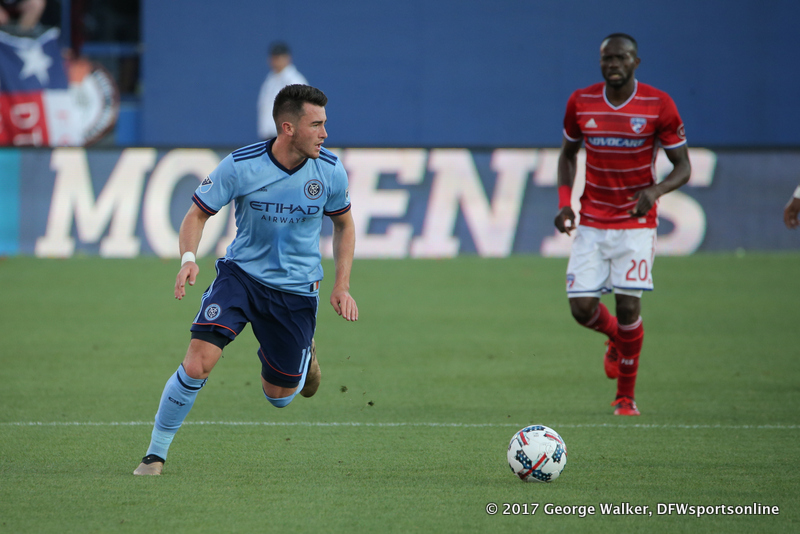 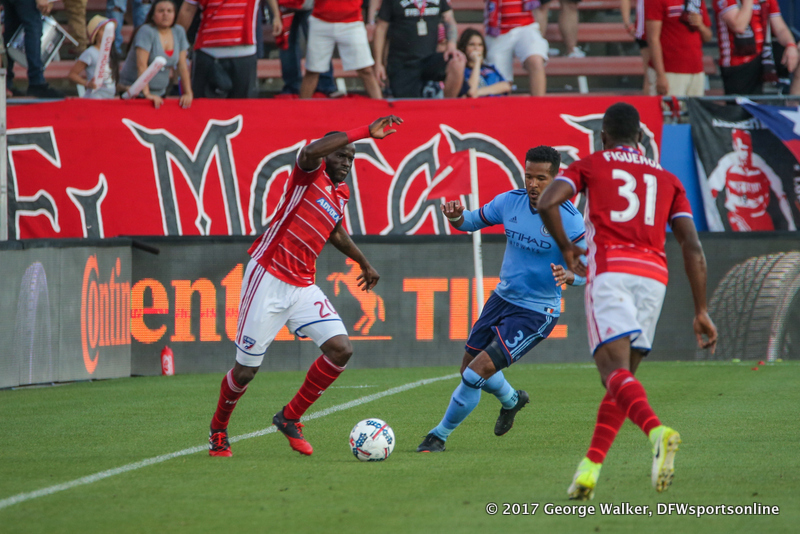 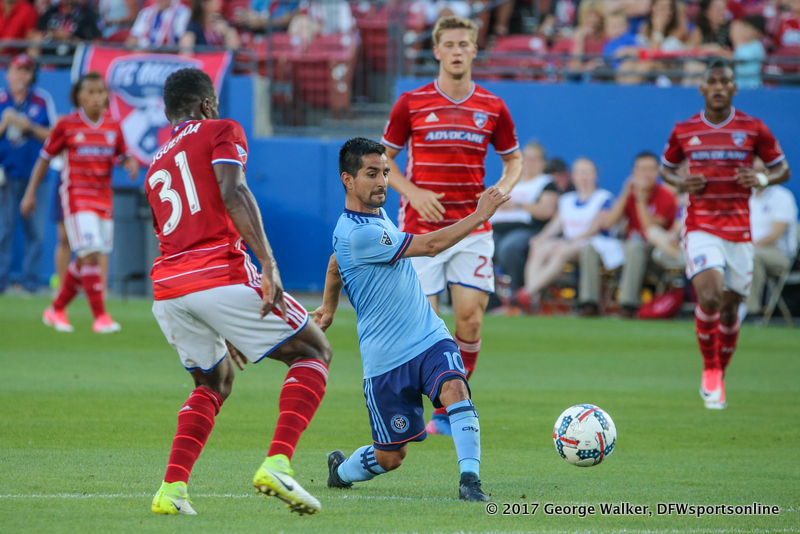 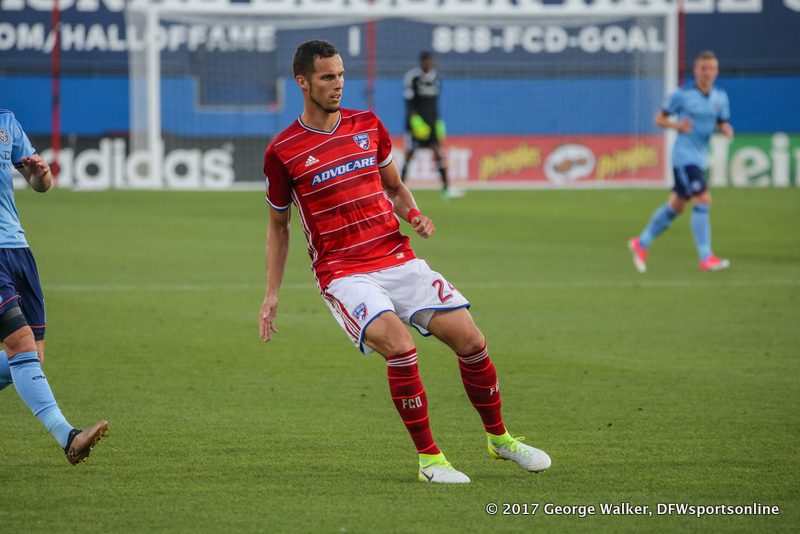 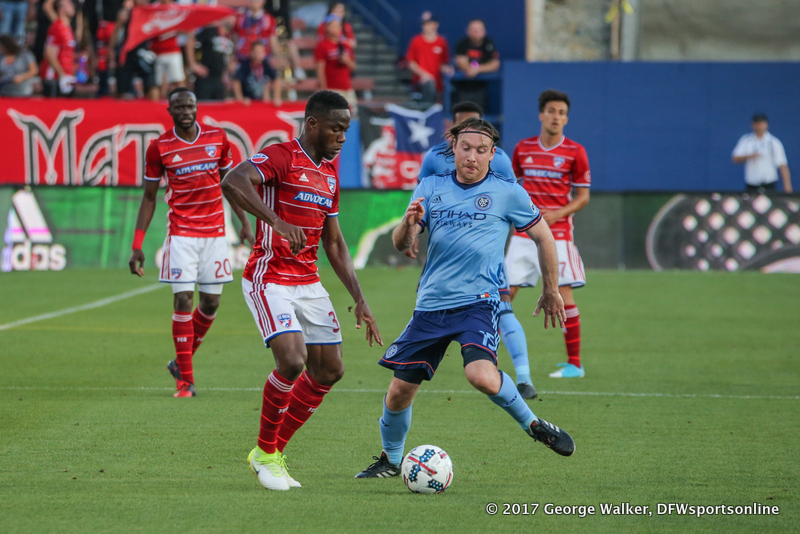 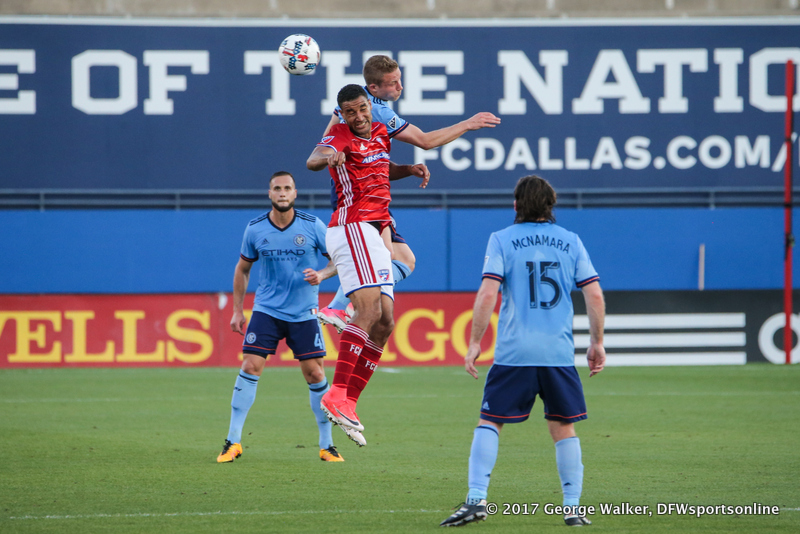 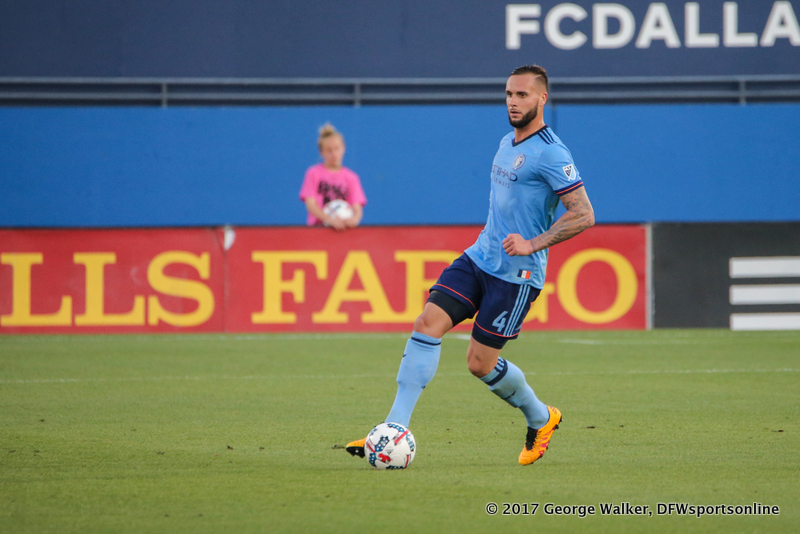 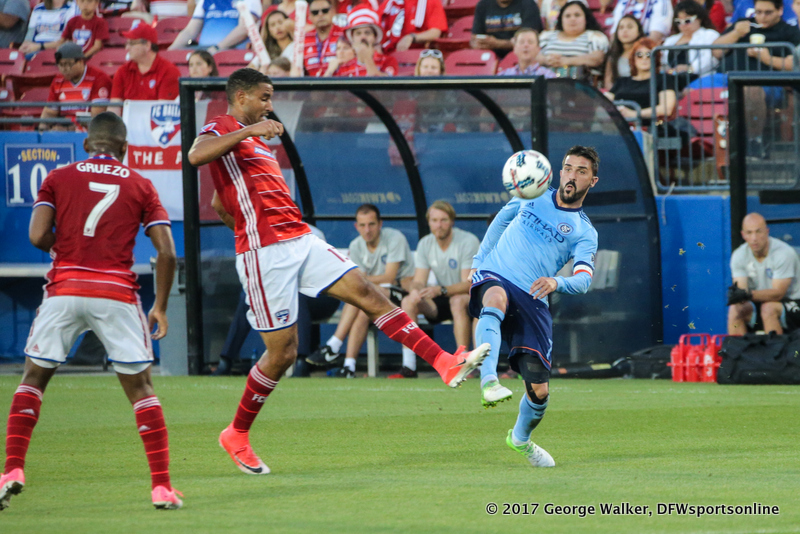 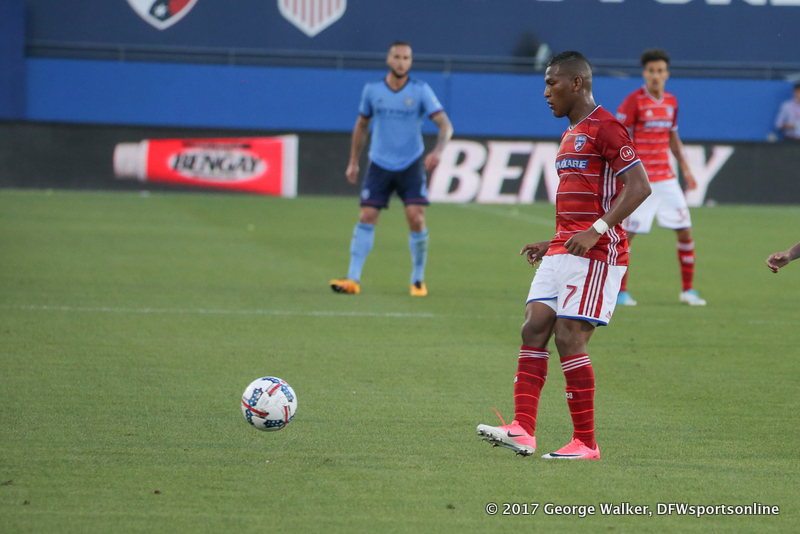 [Show thumbnails]
Instead it was FC Dallas that took a 1-0 lead in the 20th minute. Michael Barrios tip-toed past a defender at the top right corner of the area and served a ball in towards Maxi Urruti. The Argentine picked up his second assist of the season by tapping the ball into the path of Kellyn Acosta, who fired a low shot past NYCFC goalkeeper Sean Johnson.

Maxi Urruti nearly doubled Dallas’ lead in the 54th minute. The play began with Carlos Gruezolobbing a ball into the area to Barrios. The Colombian could not bring the pass down cleanly, but retained possession and dribbled towards the end line before dropping the ball into the path of Urruti. The Dallas forward went to his right before hammering a hard shot high to towards the far post. NYCFC’s Johnson dove to his right side, slapping the ball up and off the crossbar to keep the score, 1-0, in favor of FCD.

New York tied the match 1-1 in the 68th minute after Hernan Grana was whistled for a foul just outside the area. David Villa stepped up to take the free kick and ripped a shot over the wall and off the crossbar. NYCFC’s Thomas McNamara finished off the chance, beating everyone to the loose ball and heading it inside the near post.

FCD nearly found the back of the net in the 72nd minute, when Barrios fed second-half substitute Cristian Colman a free look at Johnson. New York’s goalkeeper got just enough of the ball to deflect it inches wide of the post to Johnson’s right.

Acosta also saw his first-touch strike from the top of the area bend too far wide in the 74th minute as the match finished even at one goal apiece.