FRISCO, Texas  – FC Dallas (1-0-2) went ahead on a Roland Lamah goal in the 36th minute but Portland’s (0-2-1) Sebastian Blanco tied the match just after halftime as the teams finished level, 1-1, today at Toyota Stadium.

FC Dallas’ Jacori Hayes earned his first MLS assist when he brought down a pass at the top of the area, drew in three Portland defenders and slipped a pass to his left for Lamah. The winger scored his third goal in just 136 minutes of action when he cracked a low, hard shot just inside the post to Portland goalkeeper Jake Gleeson’s left side, putting FCD ahead, 1-0. 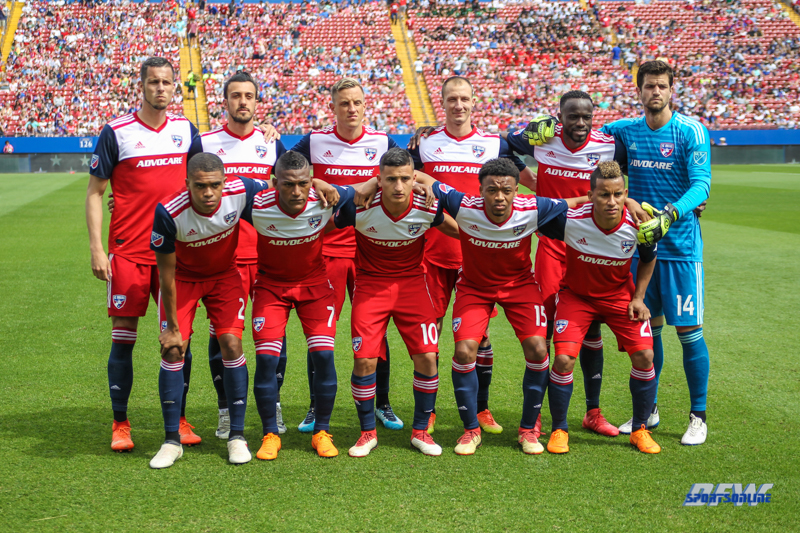 Portland tied the match with a goal in the 47th minute when Fanendo Adi found Sebastian Blanco with a pass on the right side of the area. Portland’s No. 10 cut inside, along the top of the box, and curled a shot over the head of FC Dallas goalkeeper Jimmy Maurer to make it, 1-1.


Lamah earned a free kick for FC Dallas in the 56th minute. Mauro Diaz stepped in to take the free kick, lobbing a pass to the back post. FC Dallas defender Reto Ziegler got on the end of the pass and tried to center the ball into the six-yard box, but a Portland defender stepped in to knock the chance away.

Three minutes later Michael Barrios brought down a long pass on the right flank and found Maxi Urruti with an entry pass into the area. The FC Dallas forward dribbled to his right before firing a shot towards the near post but Gleeson made a diving save to his left side to keep the score level.

FC Dallas gained a one-man advantage in the 75th minute when Lawrence Olum intentionally used to hand to try and deflect a shot past Maurer. Referee Mark Geiger immediately cautioned Olum, his second of the match, leading to the midfielder’s ejection.

Portland’s Alvas Powell cut through the FC Dallas defense and nearly picked out the back post in the 84th minute. Fortunately for FCD, the defender’s attempt skipped just wide of the far post.

Substitute Santiago Mosquera nearly broke through in the 86th minute. Dallas’ No. 11 sped down the left flank and got off a low shot that was kicked away by Gleenson. The rebound fell to another FC Dallas substitute, Ryan Hollingshead, but the left back could not control his shot, which skipped wide of its target.