NASCAR superstar Chase Elliott will be one of only two All-Star entrants attempting double duty during the weekend at Texas Motor Speedway in Fort Worth.

In addition to driving the No. 9 Chevrolet for Hendrick Motorsports in Sunday’s NASCAR All-Star Race, he will drive the No. 24 Adrenaline Shoc Chevrolet for GMS Racing in Saturday’s NASCAR Camping World Truck Series SpeedyCash.com 220.

The can artwork also will be featured on Elliott’s No. 24 truck.

The cans will be available nationwide, including the trackside 7-Eleven during race week and various 7-Eleven, Circle K, Racetrac and Walmart stores throughout the DFW Metroplex.

Elliott, who won the NASCAR All-Star Race last season at Bristol Motor Speedway, is looking to become just the third driver in the 38-year history of the event to win it in consecutive years. The only two to accomplish the feat are Davey Allison (1991-92) and Jimmie Johnson (2012-13).

Elliott is one of two all-star drivers performing double duty, the other is Kyle Busch who will also take part in Saturday’s Xfinity Series race.

Elliott is currently third in the NASCAR Cup Series points standings, trailing leader Denny Hamlin (-73) and Hendrick Motorsports teammate Kyle Larson (-26). He arrives at the NASCAR All-Star Race having finished among the top three in his last four Cup races, which was highlighted by his first win of the season coming at Circuit of The Americas in Austin.

A SHOC is the fast-growing performance energy beverage leading innovation in the energy drink category with ingredients you can feel good about. The Newport Beach-based company is driven to provide consumers with great-tasting and functional energizing solutions that boost peak performance while supporting the consumer desire for guilt-free products.
The upgraded iteration of traditional energy drinks contains a caffeine from natural ingredients, variety of ocean mineral electrolytes, nine essential amino acids, BCAAs and features zero sugar, artificial flavors and chemical preservatives. 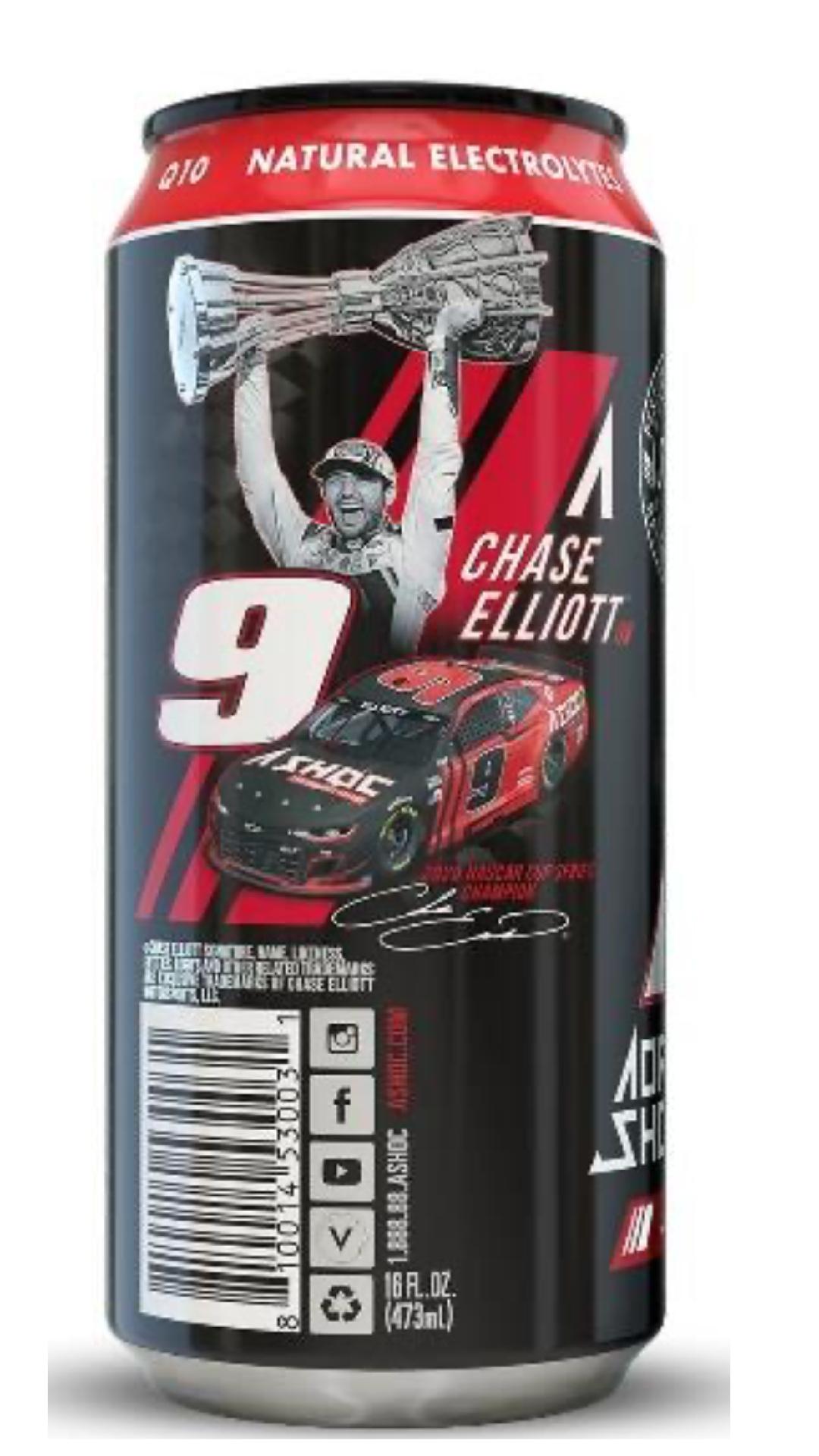