As part of the agreement, the Stanley Cup Playoffs would feature 16 teams in the traditional best-of-seven, four-round format and conclude around mid-July with the plan of returning to a “normal” hockey calendar for the 2021-22 season (regular season beginning in October).

The NHL and NHLPA will release the Health and Safety Protocols, transition rules and critical dates calendar as well as the 2020-21 schedule in the coming days.

Given the unpredictability of the COVID-19 pandemic, the NHLPA and the NHL intend to be flexible and adaptable in their approach during the coming weeks to ensure compliance with directives from both local and national governmental and health authorities focusing on the health and safety of the players, other game-related personnel and the communities in which we play.

The priority will continue to be focused on the health and safety of our fans and Players and Club, League, NHLPA and arena personnel.

“The National Hockey League looks forward to the opening of our 2020-21 season, especially since the Return to Play in 2019-20 was so successful in crowning a Stanley Cup champion,” NHL Commissioner Gary Bettman said. “While we are well aware of the challenges ahead, as was the case last spring and summer, we are continuing to prioritize the health and safety of our participants and the communities in which we live and play. And, as was the case last spring and summer, I thank the NHLPA, particularly Executive Director Don Fehr, for working cooperatively with us to get our League back on the ice.”

“The Players are pleased to have finalized agreements for the upcoming season, which will be unique but also very exciting for the fans and Players alike,” said Don Fehr, NHLPA Executive Director. “During these troubled times, we hope that NHL games will provide fans with some much needed entertainment as the players return to the ice.”

In reaching agreement on the format for the 2020-21 season, the NHL and NHLPA determined that the ongoing closure of the U.S.-Canada border required realignment and the League and the Players also sought to minimize team travel as much as possible by shifting to exclusively intradivisional play.

It is the current plan to play games in the home arenas of participating teams while understanding that most arenas will not, at least in the initial part of the season, be able to host fans.

However, depending on prevailing conditions both in local markets and across North America, the League will be prepared to play games in one or more “neutral site” venues per division should it become necessary. 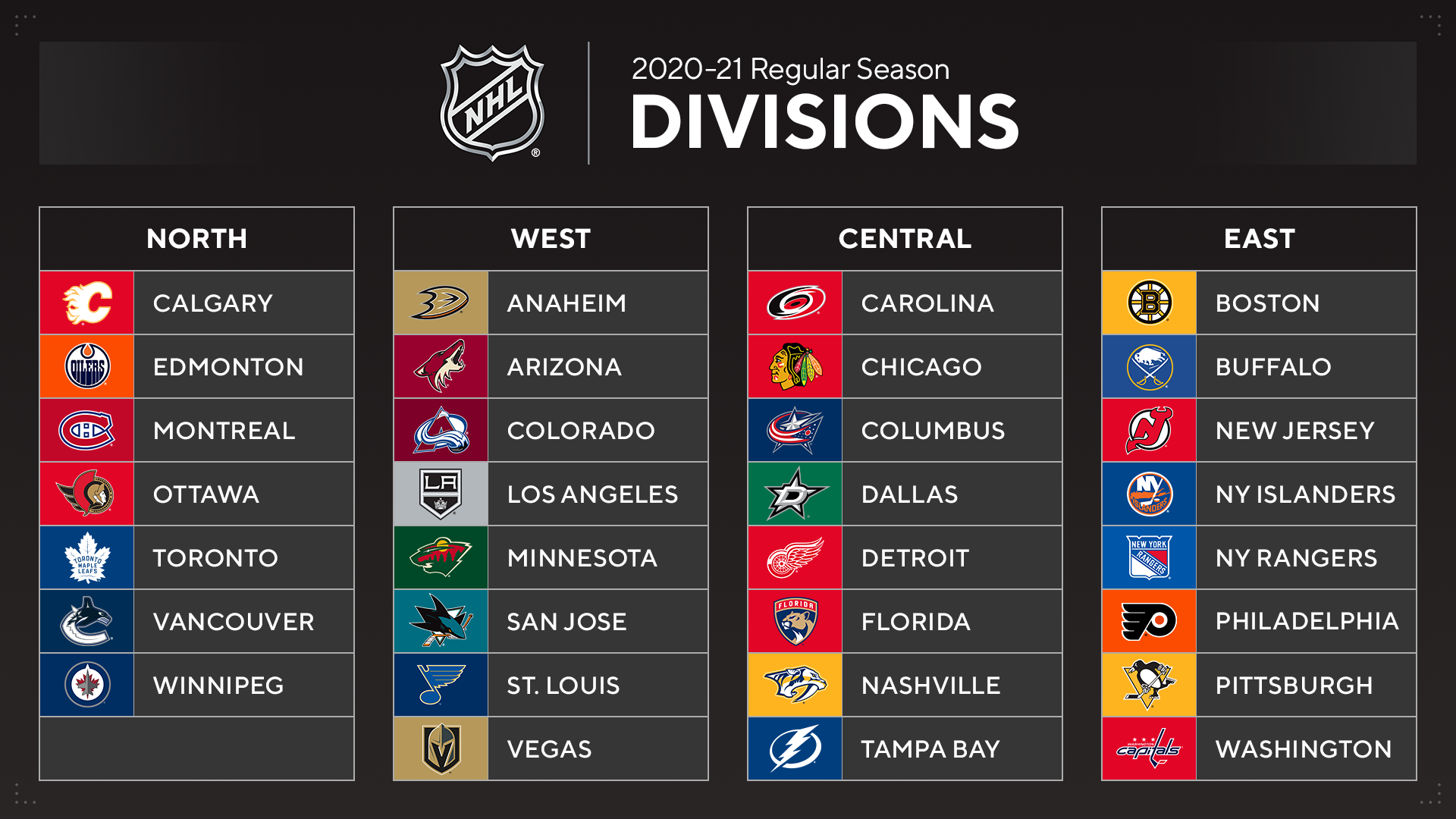 The top four teams in each division will qualify for the Stanley Cup Playoffs, with intradivisional play in the first two rounds (#1 vs. #4; #2 vs. #3). The four teams that advance to the Semifinal Round would be seeded by their regular season points total, with the No. 1 seed playing the No. 4 seed in one series and the No. 2 and No. 3 seeds meeting in the other.

Formal training camps will begin on Jan. 3. There will be no pre-season games.

The seven teams that did not participate in the 2019-20 Return to Play will be permitted to open their training camps as early as Dec. 31.