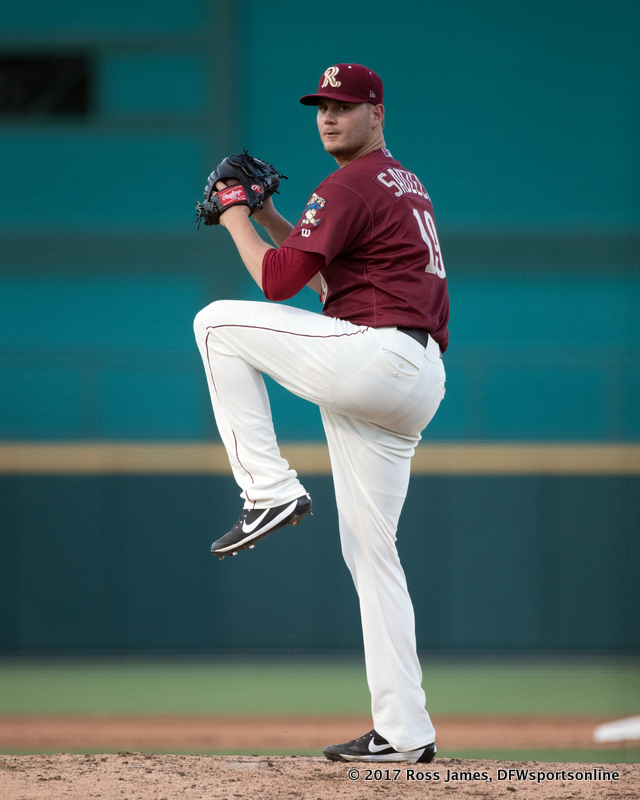 Luke Tendler clobbered a solo homer in the second, putting the Riders ahead 1-0. It was his third consecutive game with a long ball.
In the fourth, Juremi Profar homered and Royce Bolinger produced a two-run single to make it 4-0.
Connor Sadzeck fired four innings of relief, yielding one run on two hits and a walk with four strikeouts to earn the win.

The crowd of 10,034 was the fourth this season of at least 10,000 fans through the first 30 Riders home games. Frisco leads the Texas League with an average of 6,722 fans per game.
With his solo shot in the second, Luke Tendler has home runs in three consecutive games. Juremi Profar has also homered in back-to-back contests.
Michael O’Neill extended his hitting streak to six games with a triple and a single. O’Neill has hits in 13 of 14 games with the Riders.