DALLAS (SMU) – The Mustangs carried momentum from their regular season charge into the first round of the American Athletic Conference Championship Wednesday, overpowering No. 12 seed Temple, 4-0, at the SMU Tennis Complex. The Mustangs extend their win streak to seven matches with wins in nine of their last 10. 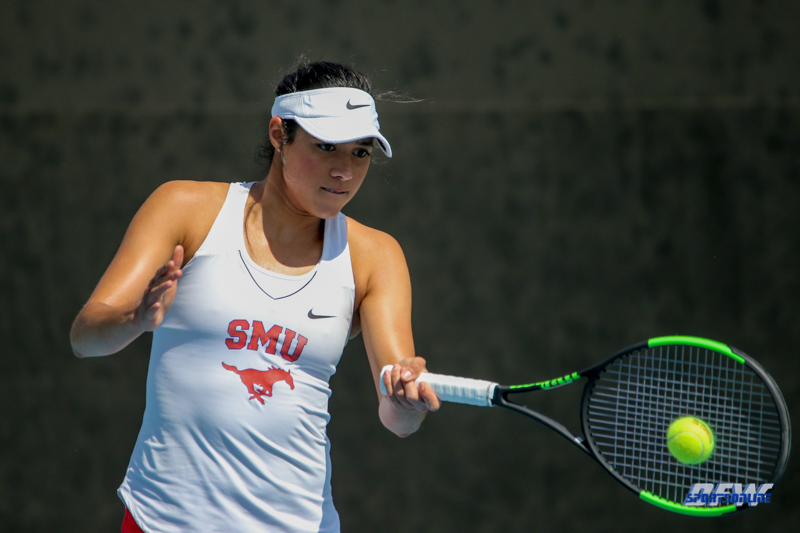 In hopes of earning its first AAC title, No. 5 SMU will advance to face No. 4 USF in the quarterfinals Thursday at noon at the Crum Tennis Courts. The Mustangs have reached the quarterfinal round in each of the four AAC championships dating back to 2014.

The Mustangs secured the doubles point for the 15th time this season behind dominant performances from the top and bottom of the lineup. Karina Traxler and Sarai Monarrez Yesaki found their 11th win of the spring with a 6-3 victory over Alina Abdurakhimova and Monet Stuckey-Willis. The point was secured by Nicole Petchey and Ana Perez-Lopez, who found a 6-2 win at No. 3. SMU is now 13-2 when earning the doubles point this season.

Straight set wins from juniors Liza Buss and Perez-Lopez propelled the Mustangs to their fifth sweep of the season. Buss finished her match quickly, defeating Stuckey-Willis, 6-2, 6-2, before second sets even began on other courts. Perez-Lopez battled to a 6-4, 6-4 win over Yana Khon to earn her 15th win of dual match season. She leads the team with a 15-6 dual match record.

Monarrez Yesaki impressed in a comeback win that required three sets to complete. She fell to Kristina Titova in the first set, but rebounded to take the second and final sets for a 4-6, 6-1, 6-2 score.

The Mustangs will face the Bulls Thursday for the second time this season. SMU lost a tight match, 4-3, to USF at home in February.