Ojeleye was 8 of 15 from the floor and made three 3-pointers. Shake Miltonhad 13 points, and Sterling Brownand Jarrey Foster added 11 apiece for the Mustangs in coach Tim Jankovich‘s debut. Jankovich takes over the program after four seasons as associate head coach under Larry Brown. 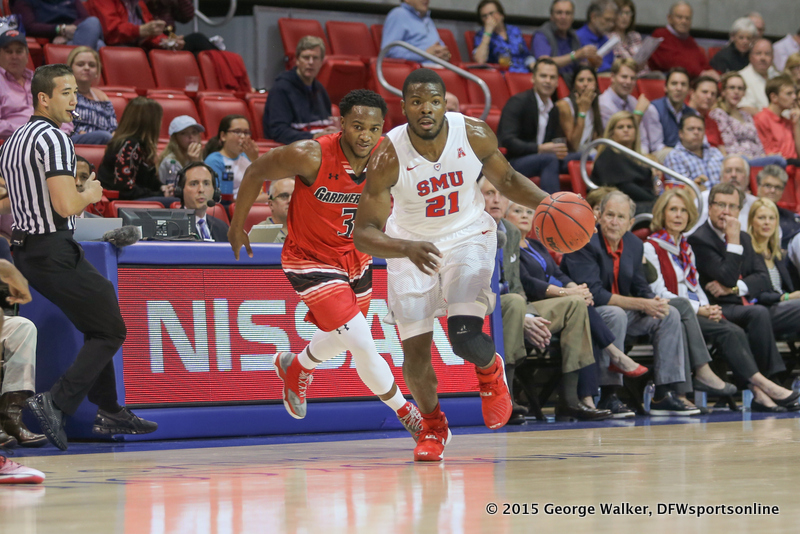 Tyrell Nelson led Gardner-Webb with 13 points. David Efianayi added 10 points. The Bulldogs shot 31 percent overall from the floor, and just 23 percent on 5-of-22 shooting in the second half.

The Mustangs trailed 28-27 at halftime, but opened the second half on a 10-0 run and cruised from there. Ojeleye scored five points and Milton hit a 3-pointer during the stretch.

The Mustangs are back in action on Sunday, Nov. 13 when they host Eastern Michigan at Moody Coliseum. Tip-off is slated for 1:00 p.m. CT and the game will be televised on ESPN3.