DALLAS (SMU) – On Wednesday against Wichita State, everything was falling all night for Shake Milton. Against Tulane on Saturday night, that wasn’t the case, but the junior still rose to the occasion in the second half for the Mustangs.

Milton stayed aggressive and was the go-to guy down the stretch for the Mustangs, scoring 18 of his 20 points over the final 13 minutes as SMU knocked off Tulane, 67-61. 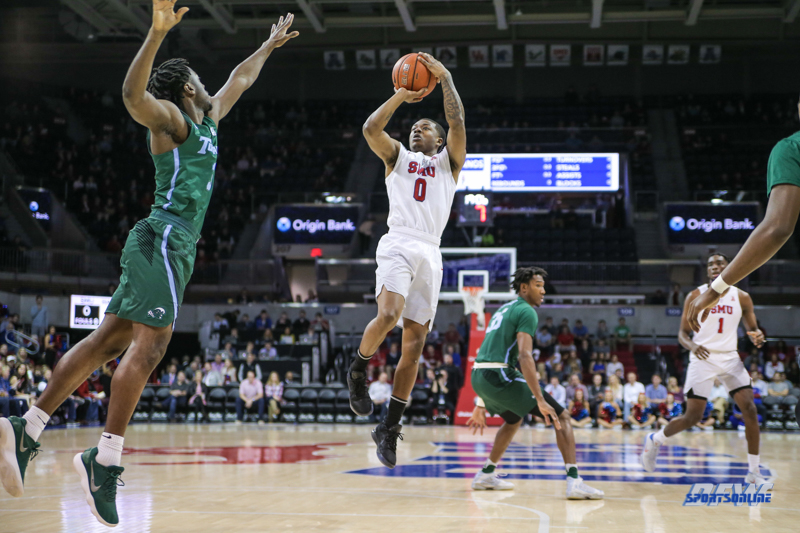 “How great was he down the stretch?” head coach Tim Jankovich said. “He just willed things to happen. What a great competitor.”

Jahmal McMurray also played a large role in SMU (14-6, 4-3) not letting another game against Tulane (12-7, 3-4) slip away in the second half. The junior scored 10 of his 13 points in the second half. Over the final 20 minutes, McMurray didn’t miss a shot while knocking down four of his five free throws.

Sophomore Jimmy Whitt provided a spark on both ends of the floor and was a big reason SMU was in a position for Milton and McMurray to take over late. Whitt scored 18 on incredibly efficient 9-for-14 shooting. Defensively, the Columbia, Missouri, native registered a steal on four straight Tulane possessions in the first half that energized the team and Moody Coliseum in the first half while also cutting into the Green Wave’s early lead.

“Jimmy Whitt was amazing,” Jankovich said. “When we were really struggling, he gets his hands on four balls in a row. I don’t know if I’ve seen that one in a college game against a team this good. It changed the game and the momentum. It was a great scoring game that he had, but he did a lot of other things.”

After withstanding Tulane’s hot shooting in the first half, SMU built an eight-point lead through the midway part of the second half. Similar to the matchup earlier this season in New Orleans, Tulane mounted a second-half rally to take the lead at 55-54 with 5:42 to play. This time though, SMU wasn’t letting another one slip away against the Green Wave. The Mustangs closed the game on a 19-7 run for the 11-point victory.

The Mustangs were able to get the win despite Tulane having a much more effective night from behind-the-arc. SMU made up for it by having its best night of the season from the free throw line (17-of-20) and forcing Tulane into 14 turnovers compared to the Mustangs’ six.

Next up for SMU is a road trip to Connecticut on Thursday, January 25 for a 6 p.m. tip against the Huskies.