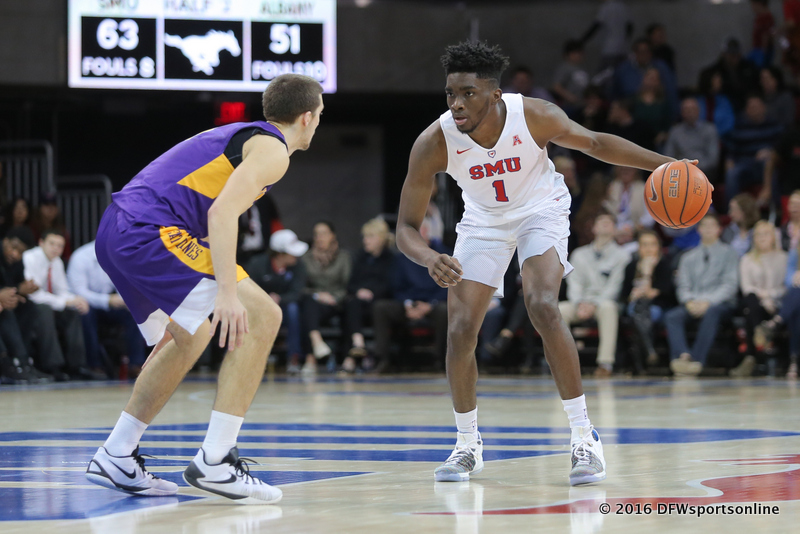 Sterling Brown added 12 points for SMU and Milton and Jarrey Foster added 10 points each. Ojeleye was 4 of 6 from 3-point range and the Mustangs went 8 for 17 from the arc.

Joe Cremo led Albany with 15 points. The Great Danes had their first lead at 16-15 and led once more at 32-31 just before Ojeleye hit a 3 to give the Mustangs a two-point lead at halftime.

The Mustangs are back in action on Tuesday, Dec. 27 when they open up conference play at Memphis. Tip-off against the Tigers is set for 8:00 p.m. CT and the game will be televised on ESPNU.