Junior receivers Courtland Sutton and Trey Quinn led the Mustangs offensively, combining for 28 receptions and 316 yards. Quinn added a touchdown to his stat line, finishing with 17 catches for 156 yards. Sutton provided the Mustangs with 11 catches for 160 yards. 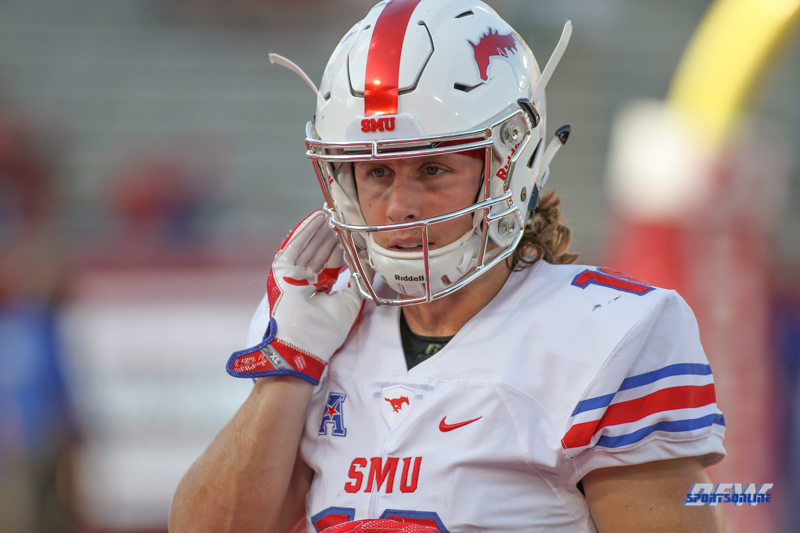 The Mustangs moved the ball extremely efficiently down the field all, but the difference in the game was how the two teams finished drives. SMU came away empty on two red zone drives, while Houston finished each with a touchdown.

Sophomore quarterback Ben Hicks finished just shy of 400 yards in the air finishing at 397 yards. He completed a career-high 41 passes on 58 attempts.

SMU grabbed an early lead, taking the opening series of the game down the field for a 23 yard Josh Williams field goal.

After a Houston touchdown, the Mustangs answered right back. A Trey Quinn five-yard touchdown reception capped off a 76-yard, nine-play drive to give SMU the lead back at 9-7. That lead was extended early in the second quarter with another Williams kick, this one coming from 37 yards out.


Houston would take a 21-12 lead into halftime, finding the end zone twice to finish the second quarter.

After SMU got a couple big defensive stops to open the third quarter, the Mustangs cut the Houston lead to two by way of a Ke’Mon Freeman one yard run with just under eight minutes left.

SMU struggled to stop Houston on the ground, and the Cougars would use that to extend their lead back out in the second half.

The Mustangs get a week off before returning to action at Cincinnati on October 21.