DALLAS (SMU) – SMU’s offense continued it’s improved play that was shown against ECU, but the Mustangs were unable to get enough stops to knock off No. 12 Wichita State, falling 84-78 on Saturday afternoon.

After failing to reach 70 points in each of the first five games without leading scorer Shake Milton, SMU has eclipsed that mark in each of the last two contests. SMU was especially impressive from 3-point range, tying a season high with 15 (15-of-31, 48 percent). 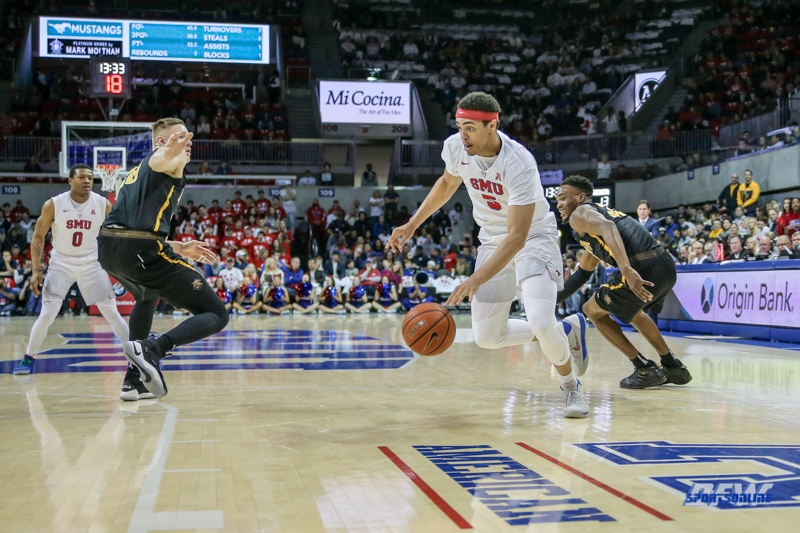 Junior Jahmal McMurray led the way offensively with another impressive performance scoring a game-high 28 points by way of 6-of-11 3-point shooting. McMurray has now scored 20 or more points in five games this year. His dynamic scoring has been huge for the Mustangs in the absence of Milton.


Sophomore Jimmy Whitt joined McMurray in double-figures with 16 points by knocking down a career-high seven free throws. Whitt also provided the Mustangs with five rebounds and a game-high six assists.

SMU’s ball movement as a team was a big reason for the hot shooting night, finishing with 15 assists on 23 baskets.

Wichita State, one of the best rebounding teams in the nation on both ends of the court, was able to take advantage of a big size advantage to accumulate an 18-rebound advantage on the glass. The Shockers were especially dominant on the offensive glass, as their 17 offensive rebounds extended possessions to multiple shots and was a big difference in the game.

SMU’s defense was able to force Wichita into 16 turnovers which led to 16 points for the Mustangs. Freshman Ethan Chargois’ three steals was a career-high and a game-high.