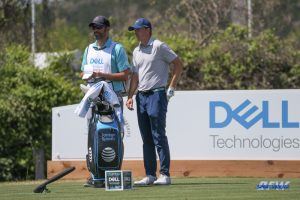 Spieth will make his eighth start in the tournament and fifth at Austin Country Club, where he has advanced out of group play on two occasions. Most recently in 2021, the Dallas resident advanced to the Round of 16 before losing 1-up to Matt Kuchar. On his way to the Round of 16, Spieth defeated Matt Fitzpatrick, 3 and 1, tied Matthew Wolff and took down Corey Conners, 3 and 2. Just one week after his elimination from the 2021 event, he went on to win the Valero Texas Open at TPC San Antonio for his first win on the PGA TOUR since 2017 and 12th career title.

“Jordan Spieth has become a golf icon and a fan favorite, not only here in Austin but in the state of Texas and around the world,” said Executive Director Jordan Uppleger. “Beginning with his time at the University of Texas and now spanning over an historic decade since turning professional, being a fan of Jordan Spieth comes easy. His fierce nature inside the ropes coupled with his charitable heart off the course certainly makes Texans proud. The Dell Technologies Match Play welcomes him back to Austin Country Club with open arms and we hope the fans will come out to cheer him on in what could be his best appearance yet.”

The 2015 FedExCup Champion has put together a steady 2021-22 season, highlighted by a second-place finish at the AT&T Pebble Beach Pro-Am. He is currently ranked No. 36 in the FedExCup standings and qualified for the Dell Technologies Match Play as No. 14 in the Official World Golf Ranking.

Spieth joins a strong field that includes World Nos. 1 and 2 Jon Rahm and Collin Morikawa, 2020 FedExCup champion Dustin Johnson, 2019 PGA TOUR Player of the Year Brooks Koepka and former Texas Longhorn Scottie Scheffler, who has collected two TOUR victories already this season. Only the top 64 players in the OWGR are invited to play in the WGC-Dell Technologies Match Play. Players have until 5 p.m. ET on Friday, March 18 to commit to the field. Players who have not done so by the time of the deadline will be replaced by those below No. 64 in the OWGR in order of their current ranking.