The Stadium Super Truck Series received rave reviews from fans during its inaugural event held in June during the Texas Indy 600 weekend. The series hosted two races that same evening as the Verizon IndyCar Series race – one prior to that event and one following Victory Lane ceremonies – to add to the annual Saturday evening show. 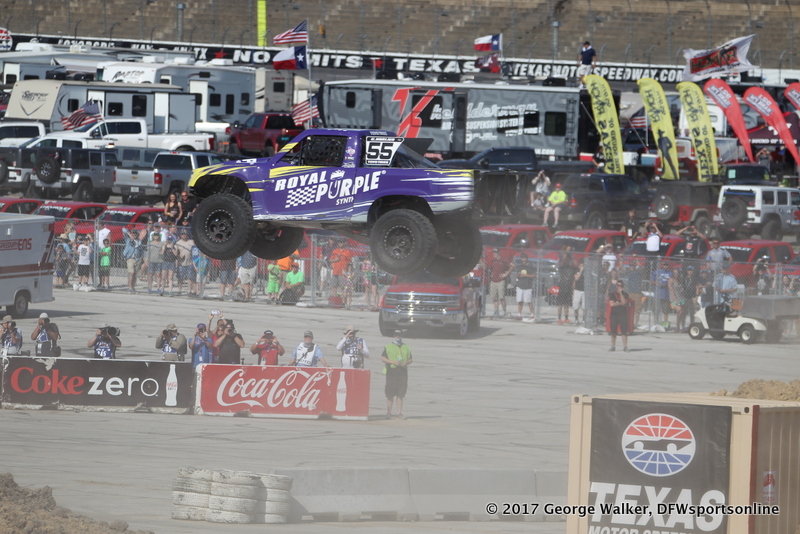 The “No Limits Off-Road Rumble” will once again be paired with the also newly named “No Limits Off-Road Ruckus.” The ruckus will feature an expo and interactive activities for enthusiasts of jeeps, trucks, Utility Terrain Vehicles and buggies. The expansive layout covered the infield inside of Turn 2 this past June.

“The Stadium Super Trucks were a great addition to our June race weekend and judging from the response from our fans it was a huge hit with them,” Texas Motor Speedway President Eddie Gossage said. “The Super Trucks also give our fans quite a diverse weekend with three different disciplines of motorsports.”


The course layout proved challenging for competitors while entertaining for race fans. The unique layout incorporated the frontstretch and infield paddock area, featuring ramps along the frontstretch, a jump into the South Paddock and a soaring under-over-jump. The course also offered multiple race surfaces with portions of the track made of dirt to partner with the asphalt of pit lane and the frontstretch.

PJ Jones won the opening race and Sheldon Creed the second race, but Gavin Harlien was crowned the overall champion based off finishing points from the two races combined.

“SPEED Energy Stadium SUPER Trucks is looking forward to returning to Texas Motor Speedway in 2018,” Stadium SUPER Trucks President Robby Gordon said. “The Texas Motor Speedway staff likes to do things big, and with SST’s return to the Texas Indy 600 weekend it will be bigger and better. We plan on building a bigger crossover jump, and tailoring the track to create even more high-energy, full contact racing. Texas is known as a truck state, and we are excited to bring our high-flying SST trucks back to Texas.”

For ticket and schedule information on the 2018 season, please visit www.texasmotorspeedway.com or call the speedway ticket office at (817) 215-8500.