DENTON – The North Texas women’s tennis team shut out Nevada 7-0 on Saturday afternoon at the Waranch Tennis Complex in Denton. It marks the first time the Mean Green have recorded back-to-back shut outs since the 2012 season. 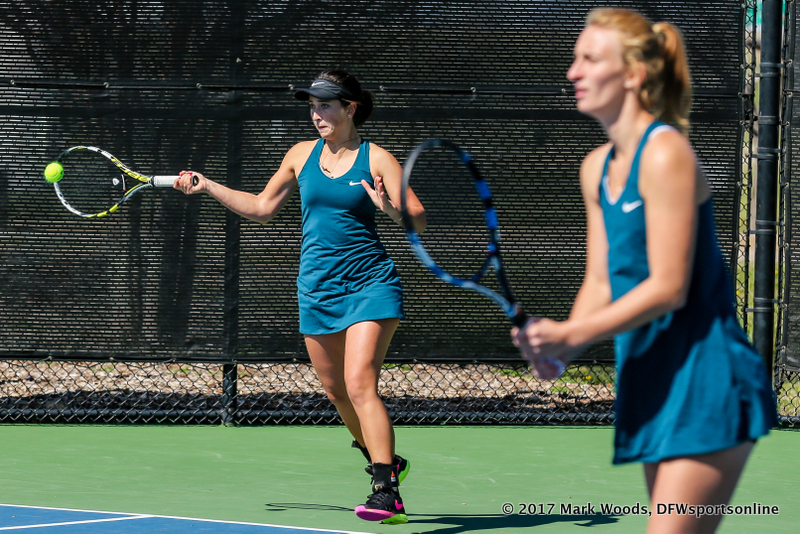 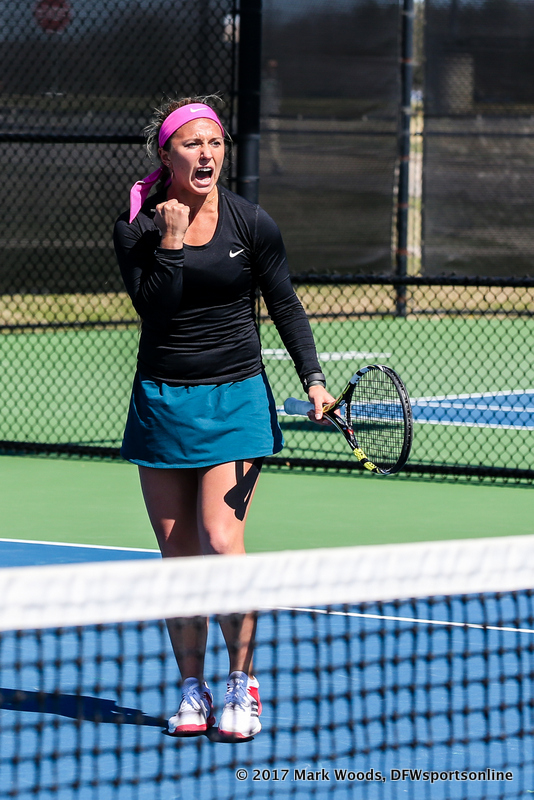 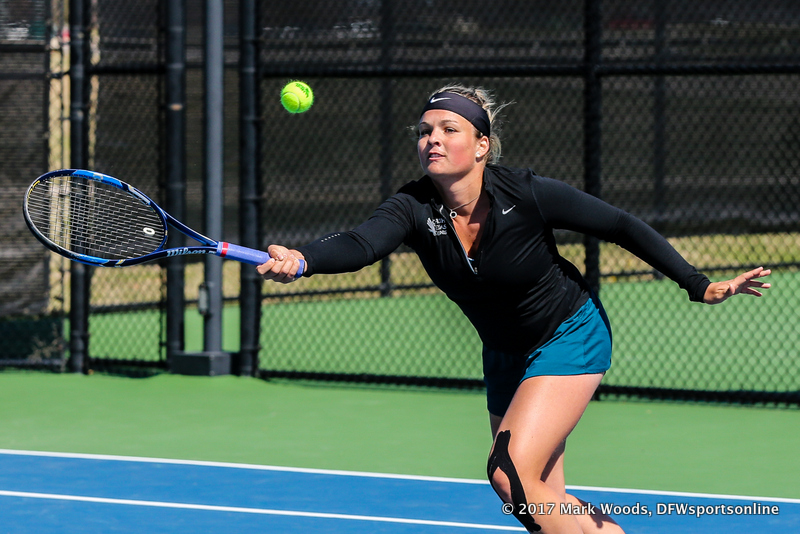 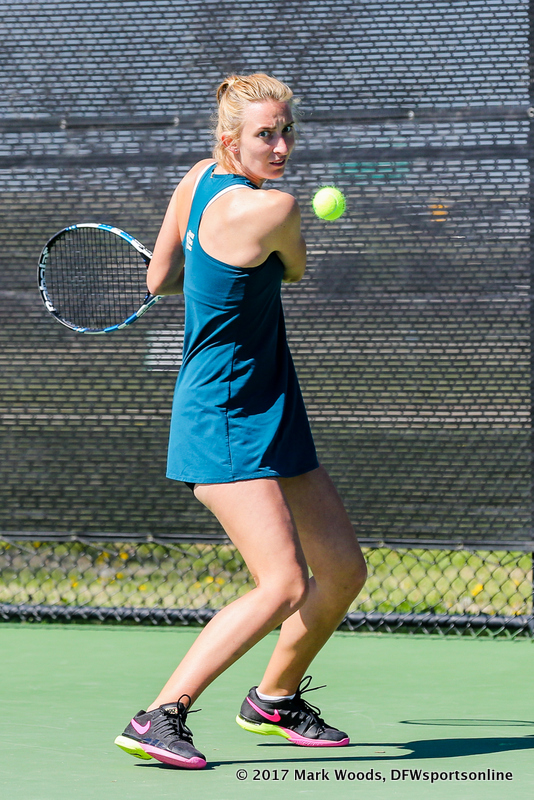 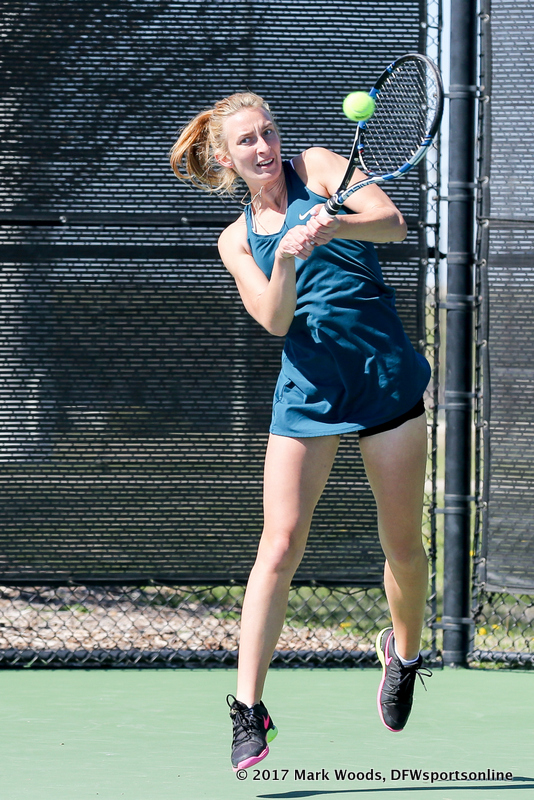 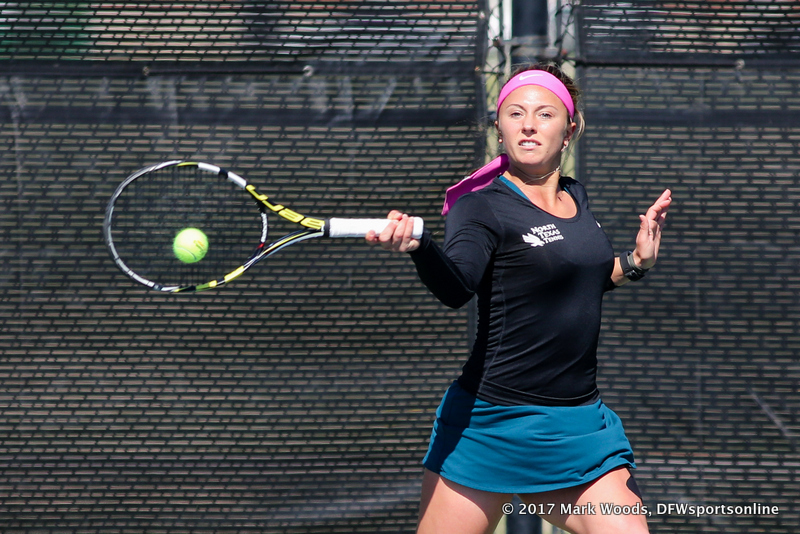 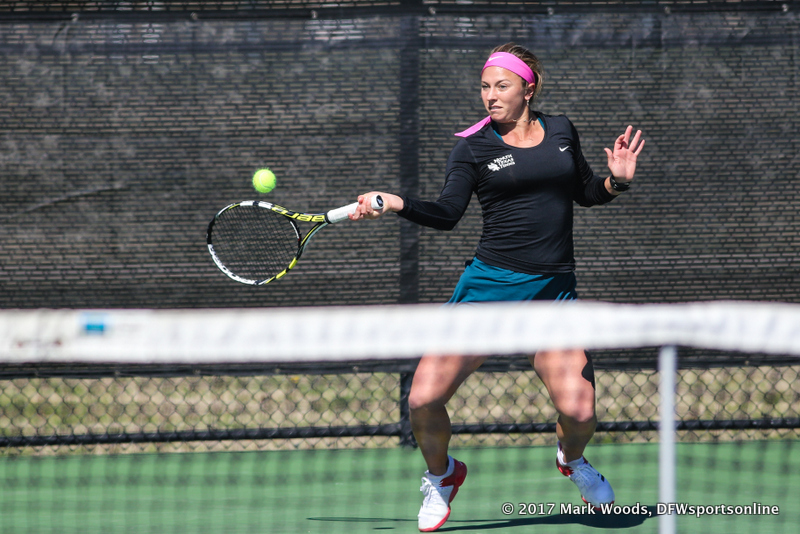 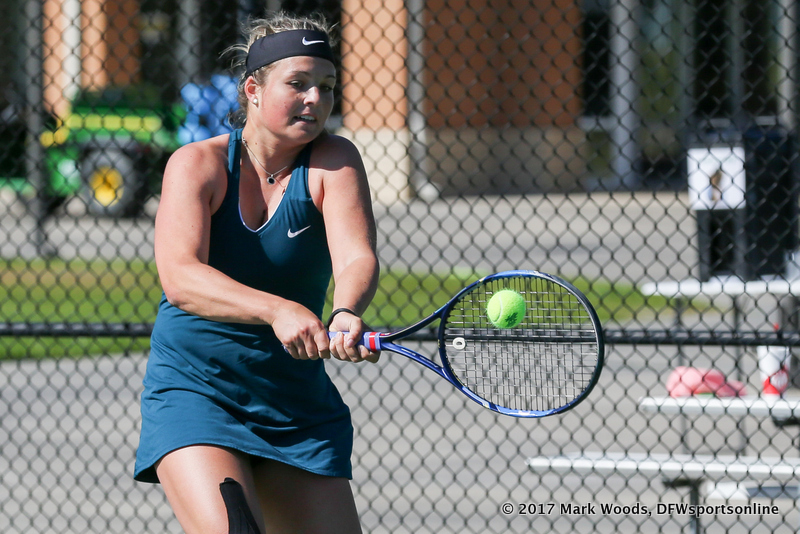 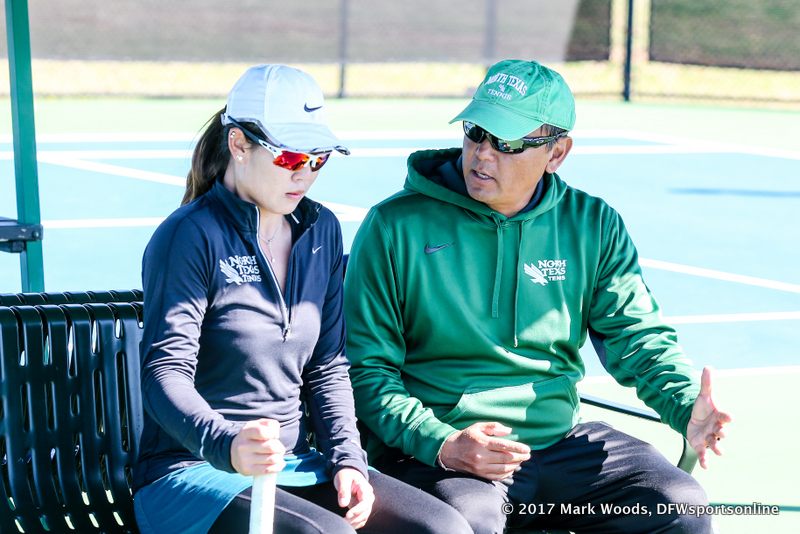 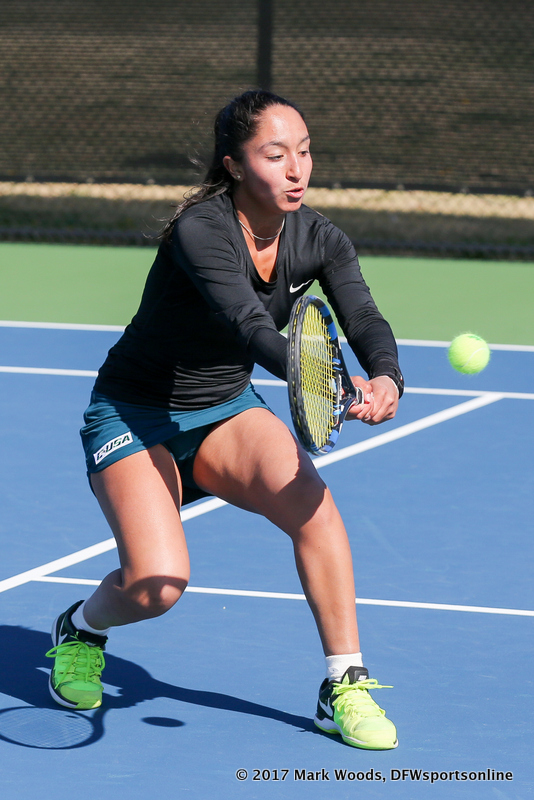 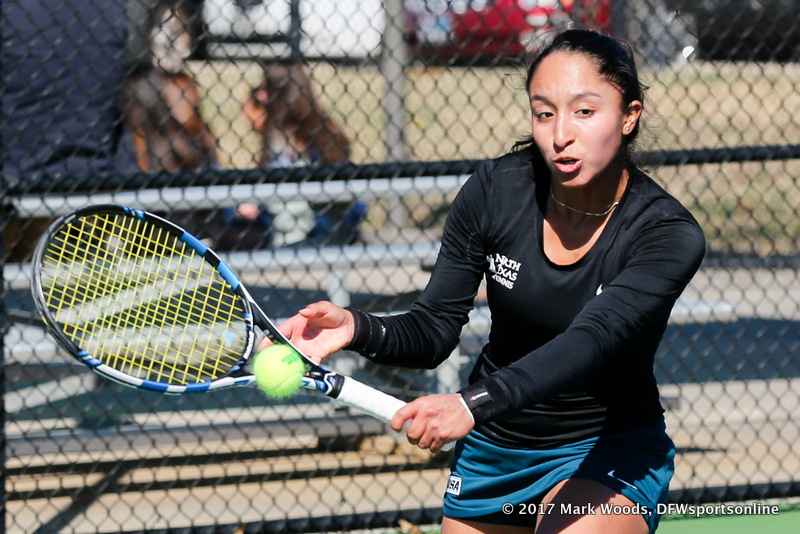 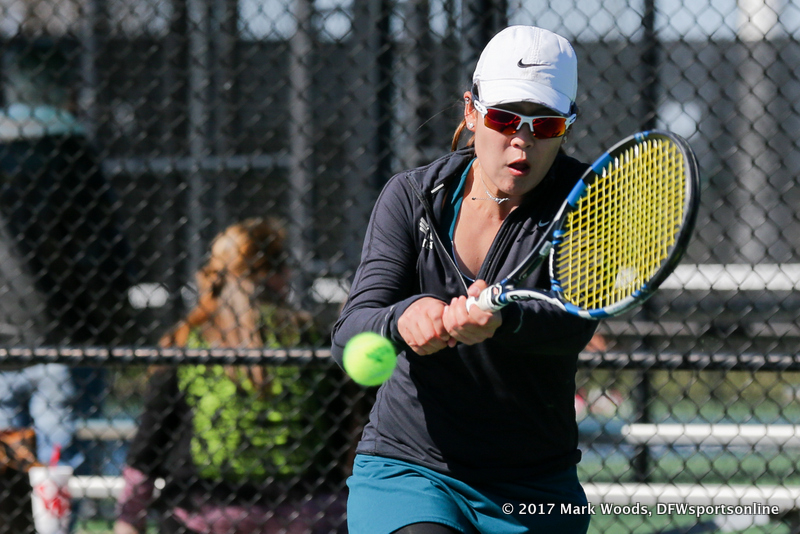 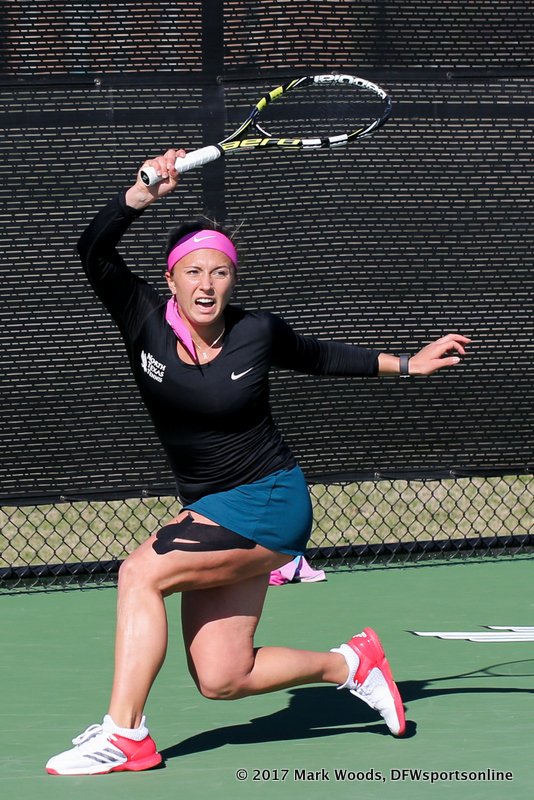 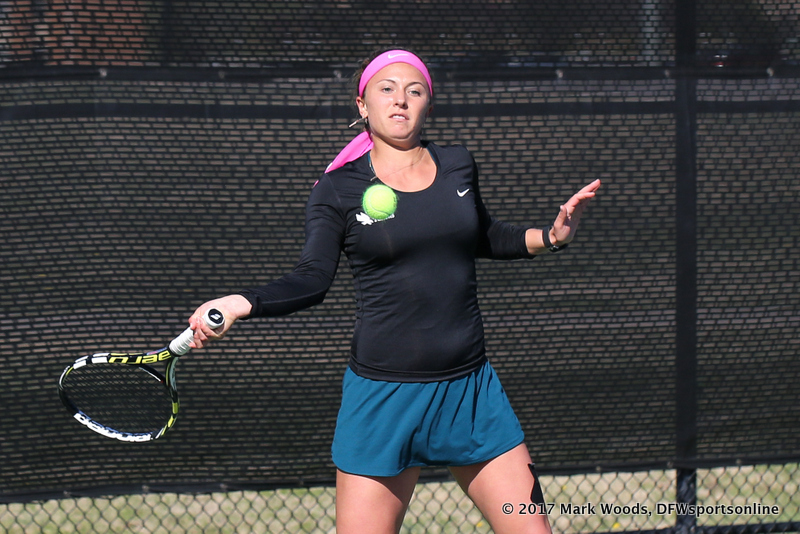 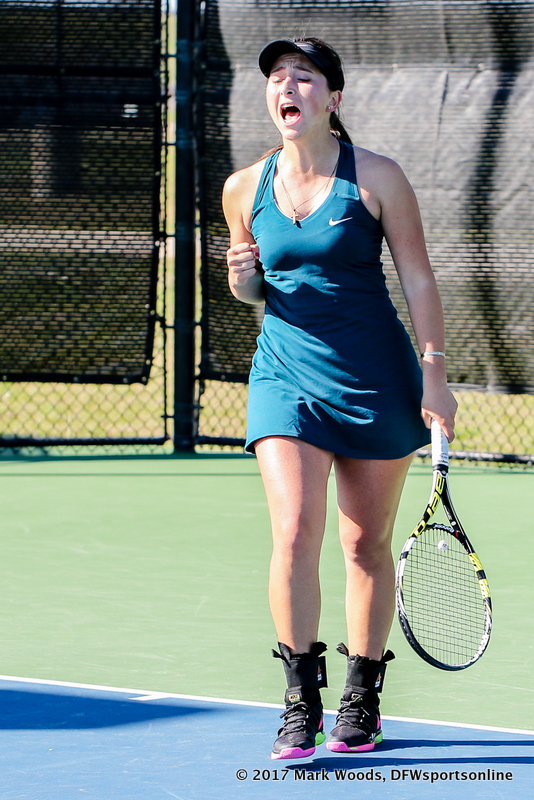 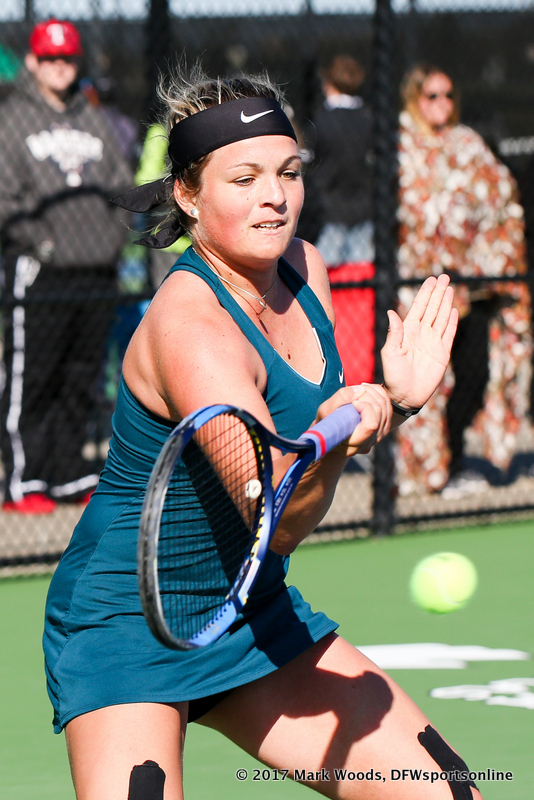 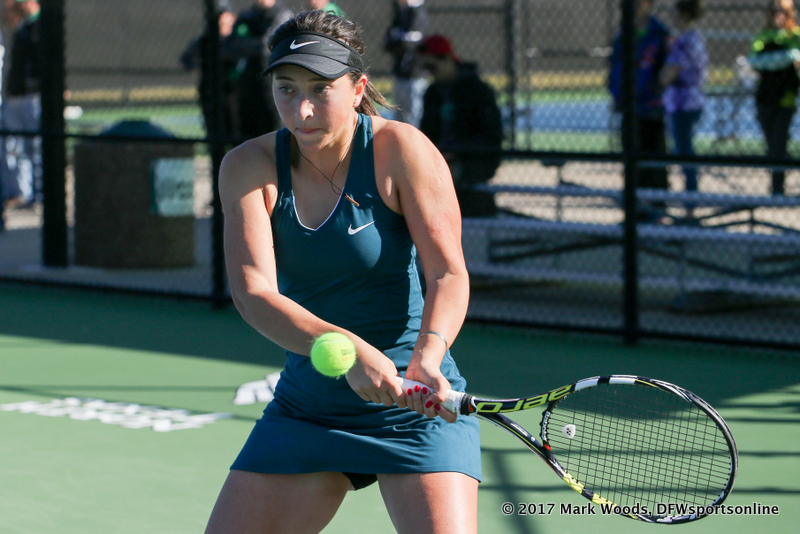 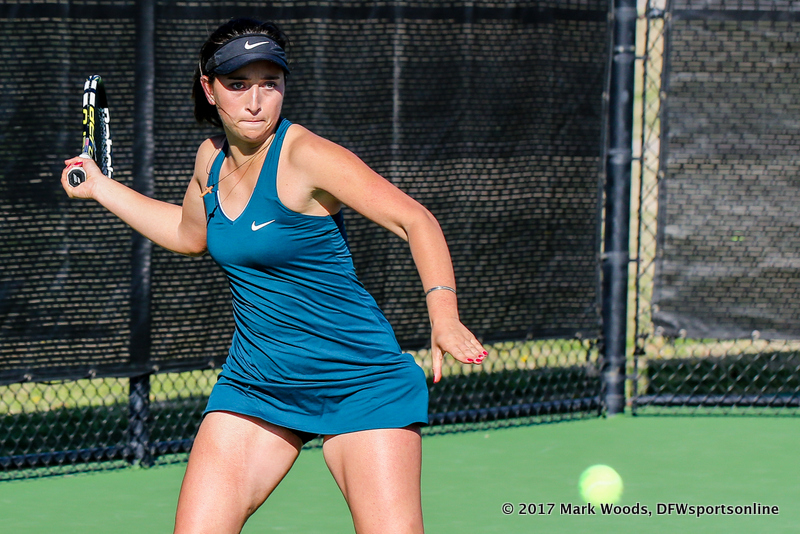 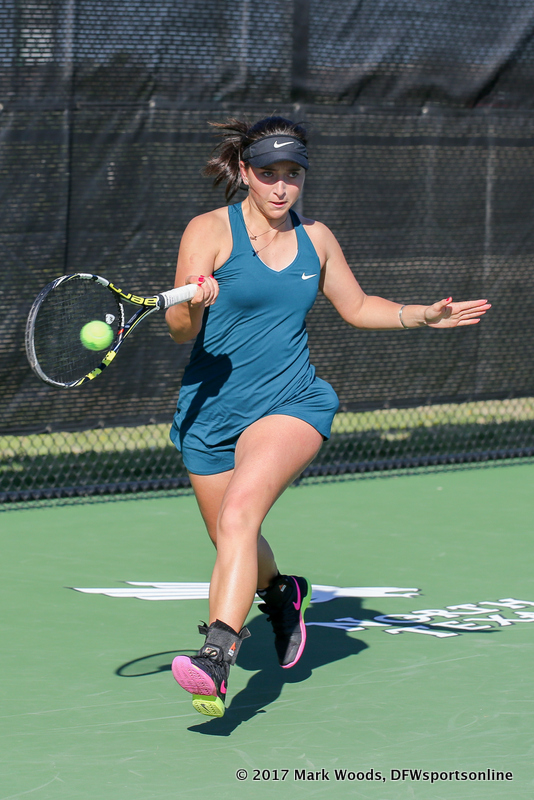 [Show thumbnails]
North Texas (4-6) won the doubles point just like it did the day before, with wins at No. 1 and No. 2. Maria Kononova and Tamuna Kutubidze improved to 17-5 all-time at No. 1 and Alexis Thoma and Alexandra Heczey won their second consecutive doubles match at No. 2. At No. 3 doubles, Minying Liang and Ivana Babic were up 5-2 before the match went unfinished.

“This was just what the doctor ordered and was by far our best match of the season,” head coach Sujay Lama said. “Everyone competed hard and had great energy. It’s not a surprise that they put together two quality matches.”

The doubles point win over Nevada (3-4) propelled North Texas into singles play, with all six first-sets ending in favor of the Mean Green. However, the Wolf Pack regained control and forced four of the six singles matches to end in three sets.

Kononova, ranked #74 in the ITA rankings, found herself in a tight battle against #77 ranked Claudia Herrero. The two split the first two sets, but Kononova broke a 3-3 tie in the third set and outlasted Herrero to win, 6-3. She improves to 8-1 on the season at No. 1 and has won eight straight matches. She is also now 5-1 all-time versus players ranked in the ITA top-125.

“Sooner or later I will lose and I understand that,” Kononova said. “I wanted to play good this season, but right now I think I’m doing great.”

At No. 2, Kutubidze faced immense adversity against Sheila Morales. Kutubidze rallied from 2-5 down to take the first set, 7-5. Her second and third sets also ended in tiebreaks. The emotional match came to an end with her commanding forehand shot down the right line.

“All match I had the feeling that I had to win,” Kutubidze said. “Yesterday I got the confidence back and today I built even more for next week. I’m improving on things each week and today was another example of that.”

Laura Arciniegas clinched the match for the Mean Green, defeating the Wolf Pack’s Melina Achlamov 6-2, 6-4. It was her third straight win at No. 6. Thoma and Heczey also dug deep to earn wins at No. 3 and No. 4, respectively. The duo looked sharp in doubles and the momentum carried over.

“You don’t see shutouts in D-1 tennis and Nevada is a quality team,” Lama said. “We’re starting to get on a roll and when you can win that many three-set matches it shows you’re a confident team.”