Since 1968, the AT&T Byron Nelson has raised $163 million for Momentous Institute, the non-profit focused on social emotional health for all children. With your help, the Salesmanship Club of Dallas can continue to raise funds for the programs, children and families that Momentous Institute impacts. Please consider making a donation HERE or if you wish to make a custom donation, please email sales@salesmanshipclub.org

The PGA TOUR has announced due to the ongoing health crisis, all tournaments through May 10 have been cancelled. This includes the AT&T Byron Nelson in what would have been its final year at Trinity Forest Golf Club, so we are taking this opportunity to celebrate some of our favorite memories from past AT&T Byron Nelson events over the next four days.

The 2020 AT&T Byron Nelson would have been the 10-year anniversary of 16 year-old Jordan Spieth’s PGA Tour debut and the first win of Jason Day’s career. Both would go on to win major championships and reach No.1 in the world rankings, but it all started on this weekend at the TPC Four Seasons in Las Colinas.

“Making the cut would be something special in itself,” said Spieth on pgatour.com. “But obviously you try and get it going and see where that takes you. It’s all about momentum out here. See where it goes.”

Spieth would do much more than simply making the cut as he was the star of the week with huge galleries and hoards of media following his every move en route to a tie for 16th place.

Day was on the verge of withdrawing from the event on Thursday while feeling ill due to medication he had taken for a lingering sinus infection. He wound up teeing it up and closing out his first PGA Tour victory.

“It’s been a hard, tough road,” Day said on espn.com. “I’ve had a lot of negative thoughts go through my head. … I would always think of what jobs I could do if I didn’t secure my card. … I’m glad I just stuck through it.”

At the time of the win, Day lived in nearby Fort Worth. He came dangerously close to winning the final AT&T Byron Nelson that was contested at TPC Four Seasons in Las Colinas, but came up short in a sudden death playoff with Billy Horschel. 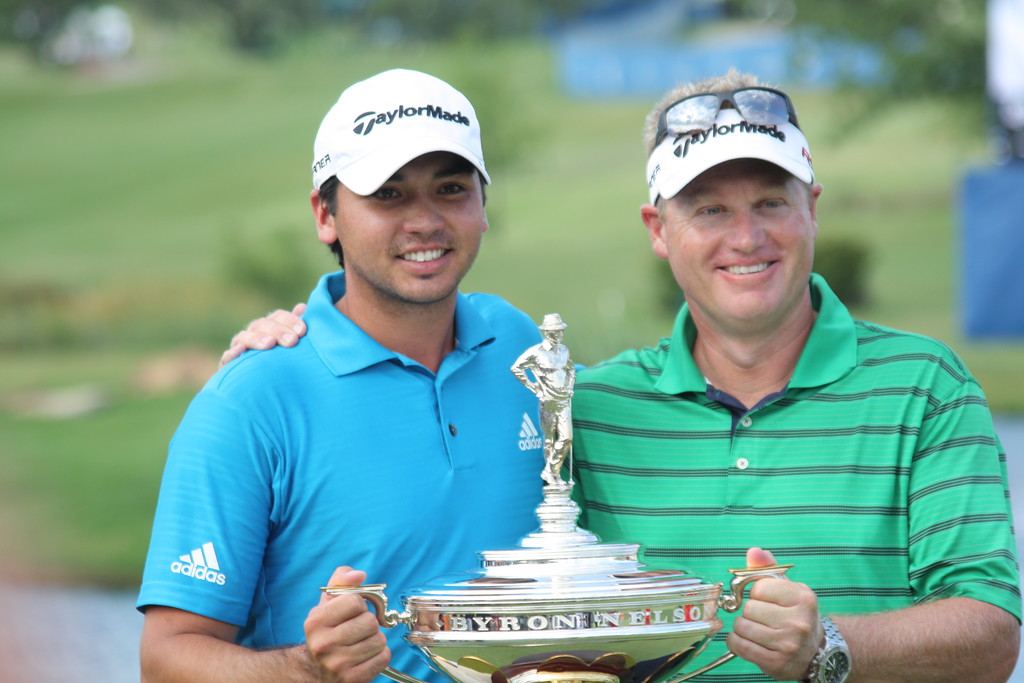