The Dallas Cowboys lost to the Minnesota Vikings 28-24 in prime time at AT&T Stadium. 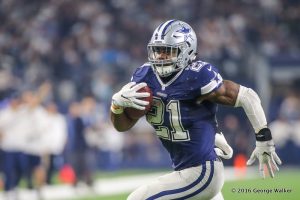 Forget the black cat, the Dallas Cowboys lost against the Minnesota Vikings before they even stepped out of the locker room Sunday night.

Don’t believe in luck?  What about repetition?  The Cowboys offense practices in white jerseys, would that make it more difficult to make the reads when the opposing players are not in dark jerseys?  Is the quarterback a split-second slower picking up a receiver when he is used to looking for a white jersey?  Does the running back lose a step when he practices following a blocker with a white jersey every day?

Whatever the reason, the Blue Jersey Jinx appears to be as strong as ever.