After a series of near-misses, Sam Burns showed he can close the deal with his win at the Valspar Championship two weeks ago and now he is right back in his comfort zone heading into the weekend with the lead following a career-low 62 on Friday at the AT&T Byron Nelson.

Burns birdied six of his last eight holes for a 10-under second round that propelled him to a two-stroke lead over Alex Noren at 17 under when the cut line ended up at 6-under in the first PGA TOUR event held at the new home of the Nelson, TPC Craig Ranch.

“Everything out there felt great. Just feel like we got into a good rhythm throughout the round. Made a run right there on the back nine, and so it was nice to be able to finish it off with two birdies at the end,” Burns said. “Good way to end the day. Just trying to get a good game plan out here for tomorrow and let’s see what happens.”

Leaderboard at the halfway point of the @ATTByronNelson:

Noren shot a 64 to get into the final pairing on Saturday alongside Burns.

“The fairways are wider which I like, so I’ve never hit so many fairways I think,” Noren said. “Playing from the fairway a lot helps. I played the par-5s nice this week I think, so — and the putting has been there, so it’s been a good week so far.”

Jordan Spieth followed up his opening round 63 with a 2-under 70. 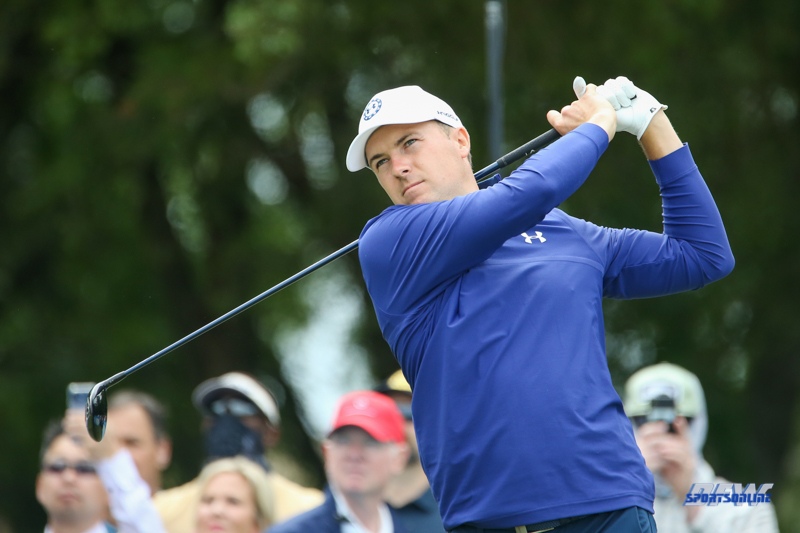 “I just had plenty of looks. I didn’t make many putts at all today. It was nice to cap off a birdie on the last hole to really feel like I had — within three is certainly a lot better as you head into a weekend when you got to score,” Spieth said. “Tomorrow will be a really good test. Tomorrow the golf course will be more difficult than any other day, and I think that’ll be test on where I’m at.”

Spieth is currently among a group at 11-under that is tied for sixth including Matt Kuchar.

“Certainly happy with where I stand. It’s a course I wasn’t sure what to expect with the length of it with the rain we got,” Kuchar said. “played some good golf over two days, put up some good numbers, had the scoring clubs work, the par-5s have been gettable, and thankfully I have been doing a pretty good job of scoring on the par-5s and a handful of the shorter holes.”

Lee Westwood is in a tie for 22nd after following up his opening 71 with a 64 in round two.

“Just couldn’t get any momentum yesterday. I don’t know whether it was having three weeks off and, you know, it’s always a bit tricky on when you come out and you see 9-unders on the board and 8-unders,” Westwood said. “Today I got off to a good start, got some momentum going, hitting is close, was 5-under through 6, and then the wind started to pick up. I was able to be 3-under for the last five holes. So it was a good start and a good finish today, and I played solidly all day. I think 64 is as bad as it could have been.”

This is the first time Westwood has played in either of the PGA TOUR events in DFW.

Playing alongside Burns, Bryson DeChambeau had it going, but struggled down the stretch with two bogeys in his last three holes to finish at 7-under, 10 shots out of the lead.

Jon Rahm, the highest-ranked player in the field at No. 3, shot 69 and sits at 7 under in a tie with DeChambeau among others in 40th position.

Masters champion Hideki Matsuyama finished at 6-under to make the cut on the number. 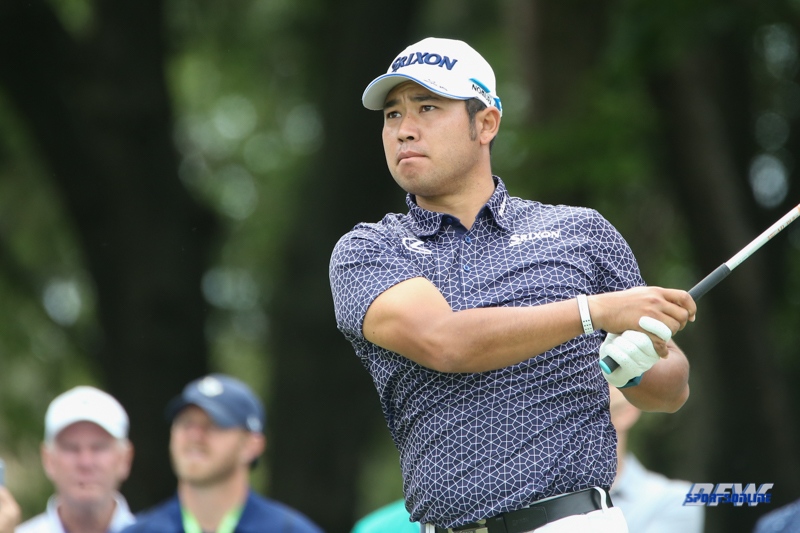 “The front nine was a little spotty. Made some birdies, but like you said, a lot of bogeys,” Matsuyama said. “The back nine though I started hitting the ball really well, gave myself lots of chances, and just didn’t convert.”

Two-time Nelson champion Sergio Garcia is also taking the weekend off after he followed an opening round 7-under 65 with a 3-over 75.