DALLAS (SMU) – Early in December, Boise State traveled to Oregon and snapped the Ducks’ 46-game home winning streak, the longest in the nation at the time. On Monday night, SMU proved early that Boise wouldn’t be snapping another long home winning-streak.

Moody Magic held serve again, for the 30th time in a row as SMU cruised past Boise State, 86-63. SMU remains an unblemished 33-0 under head coach Tim Jankovich at Moody Coliseum. 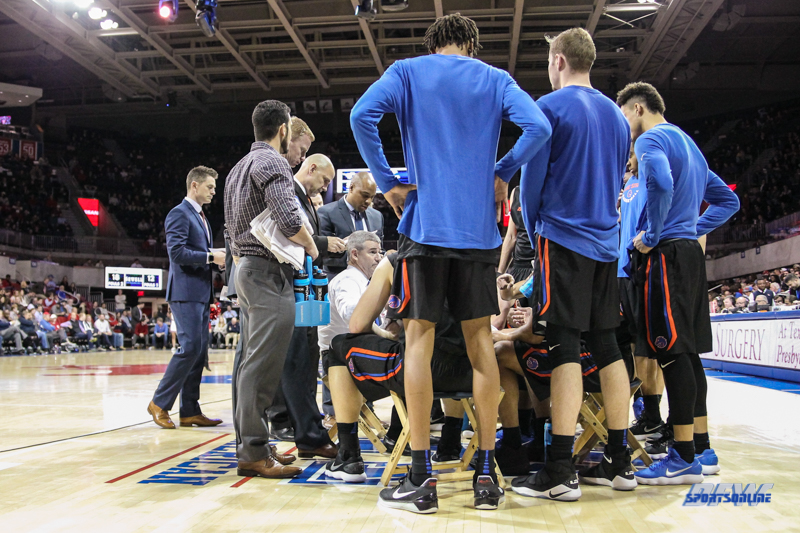 “We played really well tonight. This was one of our best games,” Jankovich said. “Boise is very good and hard to guard. They went to Oregon and ended a long, long streak. They’re very talented. For us to hold them to the type of defensive numbers we did, I couldn’t happier or more proud. We played tremendously on the offensive end as well. Great game for us.”

The Mustangs opened up a first-half lead of as much as 14 points, the Broncos never were able to threaten in the second half as SMU just opened the game up more. The Mustangs put together one of its best offensive performances of the season while also playing trademark SMU defense, holding Boise State to 38 percent from the floor and 31 percent from 3. Boise entered the game as one of the nation’s best 3-point offense, hitting more than 40 percent of 3-point shots as a team. SMU shot its highest percentage of the season at 59 percent while also hitting 11-of-22 from behind the arc.


Offensively for the Mustangs, sophomore Jimmy Whitt and senior Ben Emelogu II continued their excellent play of late. For Whitt, the basket must be looking twice its normal size as he is hitting everything he looks at. With tonight’s 16 points on 8-of-9 shooting, the sophomore has knocked down 37 of his last 49 shots over the last five games. Emelogu II, who leads the American Athletic Conference in 3-point percentage, was 3-for-4 from deep on his way to 12 points on the night.

Ethan Chargois, the reigning AAC Rookie of the Week continued his strong play as well, heating up in the second half on his way to a 16 point, seven rebound performance. Shake Milton finished with 11 points, but he was a big reason for the Mustangs’ success on offense with his seven assists. As a team, SMU registered an assist on 21 of its 33 baskets. Every Mustang that logged significant minutes finished the night with at least two assists.

In his first game as a Mustang, junior Jahmal McMurray provided a huge spark for SMU off of the bench that the Mustangs have lacked at times this season. An extremely athletic guard that can hit from anywhere, McMurray finished with 16 points, including four baskets from deep.