DALLAS (SMU) – At the midway point of third quarter, SMU trailed by 15, and Tulsa appeared to have taken control of the contest and be on its way to the win.

McKenzie Adams had other plans. The SMU senior scored 19 of her game-high 28 points over the final 15 minutes to will the Mustangs to the huge comeback victory as SMU knocked of Tulsa, 74-70, on Wednesday night. 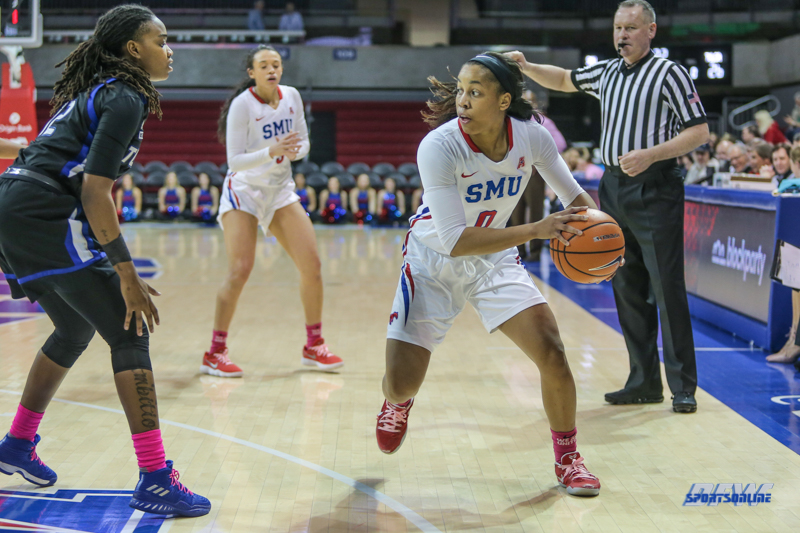 Freshman Johnasia Cash also played an enormous role in the big comeback, logging the most productive game of her young Mustang career by setting new career-highs in both points and rebounds. Cash scored 18 big points while grabbing a game-high 13 rebounds to earn the first double-double of her career.


“We did a lot of things that gave us an opportunity to come back in the second half,” head coach Travis Mays said. “Those things were the intangibles. We started to come together and play as a team.”

Tulsa was able to build a lead, in part, by hitting seven 3-pointers in the first half, two more than their season-average for a game. In the second half, the Mustangs were able to complete take the 3-ball away from the Golden Hurricane. Tulsa missed on all nine 3-point attempts in the second half.

“For a coach, it’s very gratifying,” Mays said. “When you get down or you give up 43 points and seven 3s in the first half and find yourself in the middle of the third quarter down 15, they can fold up the tent. I saw them bounce back and show some energy. For them to have so much will to fight back, I’m very proud of them.”

The Mustangs really locked down the Golden Hurricane in the final quarter of play, allowing Tulsa just 8 points over the final 10 minutes to come away with the win.

SMU did a much better job of limiting turnovers against Tulsa than last time out against ECU. The Mustangs only turned it over 11 times while forcing Tulsa into 13 turnovers. SMU also dominated the boards against a very good rebounding team, finishing with 14 more rebounds, including 19 offensive rebounds that led to 24 second-chance points.

While she only scored five points, freshman Ariana Whitfield was extremely important for SMU’s offense and showed great energy throughout. Whitfield dished out a career-high seven rebounds while also matching her career-high with eight rebounds.

The Mustangs are now 8-4 at home and 21-7 under Travis Mays at Moody Coliseum.

Next up for the Mustangs is a road trip to Memphis on Saturday, February 10 for a 2 p.m. tip.