Balanced scoring and a huge advantage in free throws enabled TCU to up its record to 9-1 on Saturday as it knocked off Wofford 72-63 in a nonconference game at Schollmaier Arena in Fort Worth, Texas.
Five players reached double figures for the Horned Frogs, led by guard Jaylen Fisher with 13 points. JD Miller added 12, while guard Kenrich Williams stuffed the stat sheet with 11 points, 13 rebounds and four assists. Vlad Brodziansky and reserve Desmond Bane contributed 10 points each. 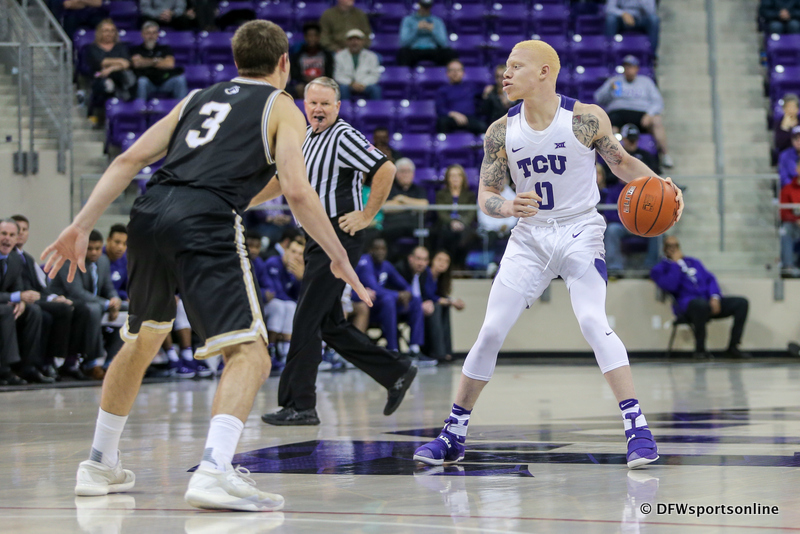 
TCU didn’t shoot that accurately from the field (42.9 percent) or the foul line (58.5 percent), but it won the game based on quantity at the line. It took 41 free throws and connected on 24, while the Terriers were just 6-of-8.
Guard Fletcher Magee scored a game-high 18 points for Wofford (3-7), while forward Ryan Sawvell added a 12-point, 13-rebound double-double.
Wofford scored eight straight points late in the game, pulling within 64-61 on a layup by forward Cameron Jackson with two minutes left. However, Brandon Parrish drained a 3-pointer at the 1:21 mark to restore a six-point lead for the Horned Frogs.
Wofford led most of the first half, grabbing a six-point advantage less than four minutes into the game and still owning a 17-16 edge at the 7:36 mark of the half. But TCU gained control with a 14-7 spurt, capped by a jumper from Brodziansky, and took a 31-26 lead into halftime.
The Horned Frogs used an 8-0 run just before the midway point of the second half to grab a 49-39 advantage with 10:07 remaining as Parrish sank a 3-pointer. They pushed the lead to 11 before the Terriers made their late comeback.