Johnathan Joseph returned a late interception for a touchdown and the Houston Texans topped the visiting Buffalo Bills 20-13 on Sunday.

Joseph picked off a pass by Bills backup quarterback Nathan Peterman intended for Kelvin Benjamin and scooted 28 yards into the end zone to seal the win for the Texans (3-3).

HOUSTON, TX - OCTOBER 14: Buffalo Bills running back Taiwan Jones (26) during the game between the Houston Texans and Buffalo Bills on October 14, 2018, at NRG Stadium in Houston, TX. (Photo by George Walker/DFWsportsonline) 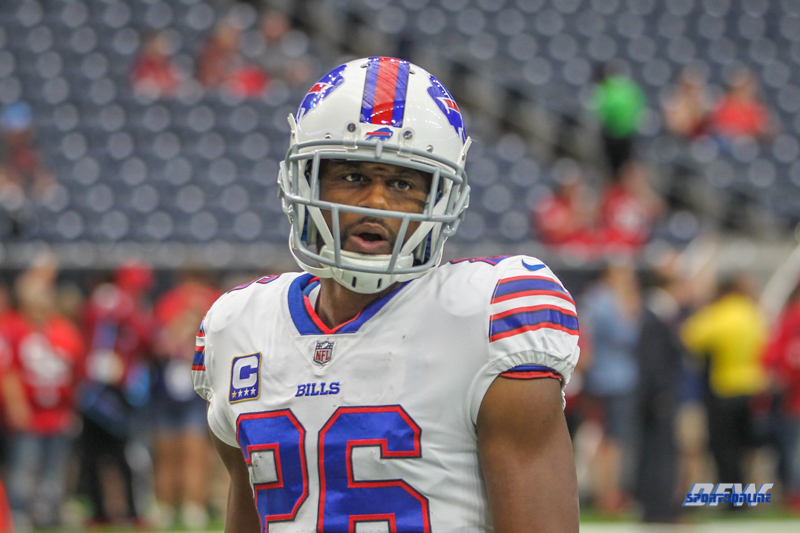 HOUSTON, TX - OCTOBER 14: Buffalo Bills running back Taiwan Jones (26) during the game between the Houston Texans and Buffalo Bills on October 14, 2018, at NRG Stadium in Houston, TX. (Photo by George Walker/DFWsportsonline)

Houston had blown a 10-point lead and needed Ka’imi Fairbairn’s 27-yard field goal to pull even 14 seconds earlier at the 1:34 mark of the fourth quarter.

Buffalo moved ahead thanks to a fumble by Texans quarterback Deshaun Watson, his third turnover of the game. Harrison Phillips recovered the fumble at the Houston 32, and Jones scored five plays later. Watson, who passed for 177 yards, also tossed two interceptions.

The Bills were undone in the first half by miscues on special teams. Ray-Ray McCloud muffed a punt midway through the first quarter and Texans linebacker Brennan Scarlett recovered at the Buffalo 29.

Watson took advantage of the short field, completing a 13-yard scoring pass to DeAndre Hopkins for a 7-0 lead.

Scarlett was in the right place at the right time again early in the second quarter, recovering a blocked punt and providing the Texans possession at the Buffalo 21. Tyrell Adams blocked the kick for the Texans, which led to a 33-yard Fairbairn field goal and a 10-0 lead with 8:33 left in the half.

Momentum swung late in the half when Watson committed the first of his three turnovers, an interception nabbed by Bills safety Jordan Poyer in the end zone. That marked the fourth end-zone interception from Watson this season and stifled a march that penetrated the red zone.

Watson, who reportedly played with a bruised lung, finished 15 of 25 and was sacked seven times.