WACO, Texas — This college basketball season isn’t even a month old but Baylor has already put together a rock-solid NCAA Tournament resume.
The ninth-ranked Bears added another impressive bullet point as they dismissed No. 7 Xavier, 76-61, on Saturday at the Ferrell Center.
Baylor guard Manu Lecomte poured in 24 points and dished out five assists, while forward Johnathan Motley pitched in 17 points and grabbed eight rebounds. 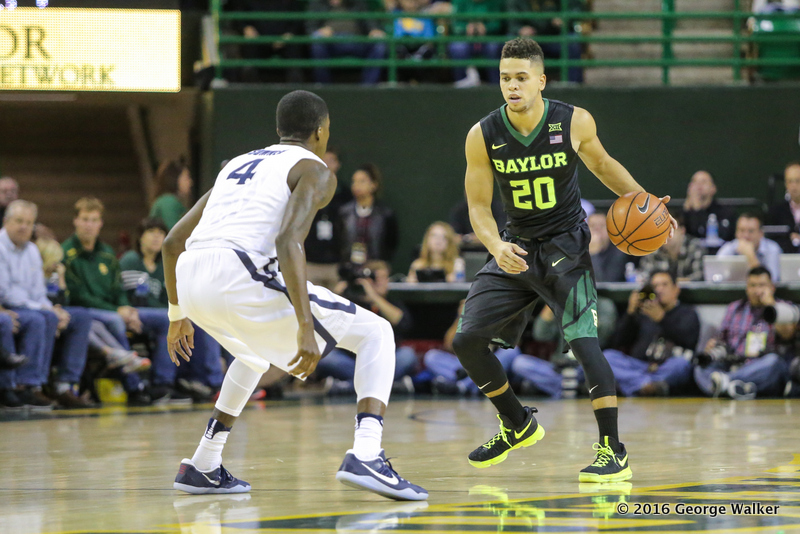 
Guards Trevon Bluiett and Edmond Sumner had 23 and 19 points, respectively, for Xavier (7-1). But the Musketeers shot 23 percent in the second half and 31 for the contest.
Baylor (8-0) was left out of the Top 25 to begin the season, but the Bears have since defeated then-No. 4 Oregon, then-No. 10 Louisville, then-No. 24 Michigan State and Xavier. Thus the Bears have ascended to the Top 10.
But Motley said Baylor’s climb in the rankings won’t affect how the Bears play.
“I think we just go out and play hard every day,” Motley said. “Rankings don’t matter. We’re just going to step in between those lines and handle business. Whatever the rankings say, that’s what they say.”
Baylor and Xavier traded the lead eight times through the middle of the second half. But that’s when the Bears took control.
Bluiett picked up his fourth foul with 10:32 left in the second half and sat on the bench. At that point, he was the only Xavier player shooting better than 50 percent from the field.
Baylor took advantage with Bluiett out.
Lecomte hit a trey from near the top of the key to put the Bears ahead 55-51 with 9:40 to go.
“Yeah, it kind of felt like a dagger,” Lecomte said. “I thought we did a good job of getting stops and kept shooting in transition.”
Baylor guard Ishmail Wainright then fed forward Jo Lual-Acuil an alley-oop pass that the latter threw down for a five-point edge with 8:02 remaining.
Lecomte’s 3-pointer and Lual-Acuil’s dunk ignited a 19-2 run as Baylor built a 71-53 lead with 3:36 remaining.
“They’ve been a second-half team what seems like all year so far,” Xavier coach Chris Mack said. “Today was no different.”
Xavier got to the free-throw line for 21 shots in the second half, but the Musketeers made just 11 of those free shots. Mack said that proved too much to overcome.
“Trevon Bluiett going out really hurt our team,” Mack said. “We weren’t the same offensively because we didn’t get production inside when we got fouled and now we lose our best 3-point shooting threat the way he was playing tonight.”
Xavier used a 16-4 run to gain an edge midway through the first half. Guard Kaiser Gates hit a jumper inside the Baylor zone and another from 3-point range to cap the surge and give the Musketeers a 21-12 lead with 11:16 left before halftime.
But Baylor bounced back with an 11-2 run of its own. Guard Al Freeman went down the lane for a dunk on an assist from Wainright to tie it at 23.
“They did a good job of beating us up in the first half,” Motley said. “But we came around and adjusted and matched their physicality and we got it done.”
Still, Xavier maintained a 34-31 edge at the break. Bluiett led the Musketeers with 12 points as he hit 3-of-5 3-pointers and 3-of-3 free throws in the first half.
Motley led Baylor with 10 points in the first 20 minutes.