“They were unbelievable. This team is so good and I’m so proud of them,” SMU head coach Carol Gwin said. “This is the first conference championship [in program history], which is huge for the program. It has been our goal over the last four years and I couldn’t be prouder of what we have built and where the program is going.” 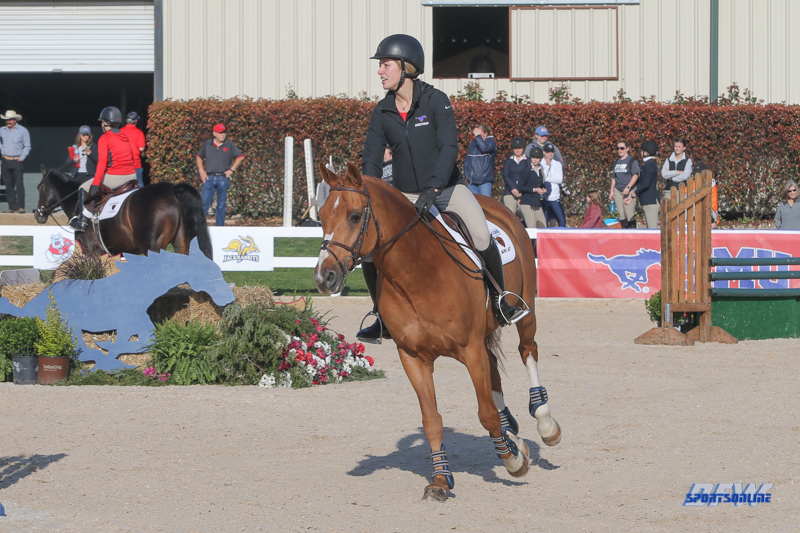 “I felt like we would have won against anyone the way the girls rode today,” Gwin added. “I thought all four sides of our team rode really well and it was a huge collective effort. Despite losses down the stretch, I feel like losing makes you stronger if you’re a good team, and it will break you apart if you’re not. This is a very good team. We learned a lot from our losses and we learned the level we needed to be at.”

SMU swept the Championship MOP honors, with each rider posting 2-0 records over the course of the weekend. Hayley Banas (Fences) and Vivian Yowan (Flat) were the Hunt Seat honorees, while Haylee Schoonover (Horsemanship) and Madison Steed (Reining) were the Western honorees.


SMU swept Equitation Over Fences to jump to a 4-0 lead over Fresno State. Brett Burlington led the charge, defeating Alex Dirickson 171-157 to open the day. Banas bested Sierra Swaffar, 167-142, before Nora Gray captured a 161-145 win over Paige Pastorino. Yowan recorded a 173, to better Kylina Chalack’s 156, to secure the discipline sweep.

The SMU Equitation on the Flat squad used a dominant 3-1 performance to seal the event and ultimately the UEC title. Gray set the pace, outscoring Dirickson 157-151. Yowan was up next, defeating Swaffar 153-150. The UEC Freshman Flat Rider of the Year Kirsten Ostling notched the final point, a 133-128 decision over Brooke Nelson.

The Mustangs rounded out the dominant day with a 3-1 reining win against the Bulldogs. Steed set the bar, taking a 148-143 victory over Kara Gustafson. Keagan Snively knocked off Shea Gilson, 141.5-140, before Holly Lansidel closed the day with a 140.5-139.5 edge over Paige Barton.

Over the two-day event, SMU only conceded four total points. SMU advanced to the championship after a 15-1 victory over No-4 seed South Dakota State on Friday.

The SMU equestrian team will next travel to Waco, Texas for the NCEA National Championship April 18-21. For the latest updates on the equestrian team, check with www.smumustangs.com.